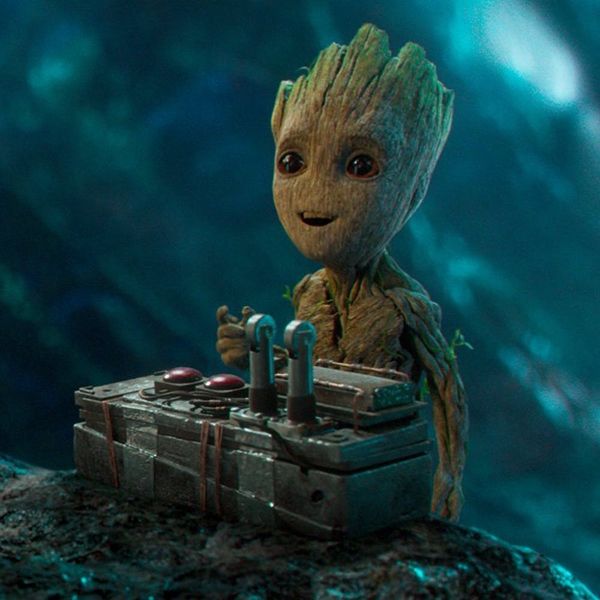 The people behind the scenes at Disneyland are masters at making magical dreams come true, from their can’t-miss events to the private dining experience in Walt’s old apartment. But now, as they go full-force with their Guardians of the Galaxy 2 promo (including the jaw-dropping new ride), they’ve just gone TOO FAR with the cute food trend by introducing Groot bread. Yup, Groot bread.

Granted, we all love Groot. The sometimes giant/sometimes teeny, tree-like character from the Guardians of the Galaxy universe who went through a mighty transformation (or rebirth?) at the end of the first movie is taking on the action again as a much smaller version of himself. And Disneyland wants to celebrate that by letting you eat him.

Park visitors have taken to Twitter to show off their Groot bread, and it’s almost too good (or too weird?) to handle. Shaped like the character’s head with his slight smile, bold brows, spiky hair (er, bark), and black olive eyes, there’s no doubt a strong resemblance to the beloved plant-like creature.

I Am Delicious 🌴🧀🍞 🌌. You can find this amazing Groot-shaped Jalapeño-Cheese Bread at the Cosmic Canteen at DCA. 👌😋🤓👍

It’s created by Boudin Bakery, located in the Pacific Wharf area of Disneyland, and you have a choice of regular sourdough bread available at Fairfax market or a jalapeño cheese version, which you can nab at the Cosmic Canteen.

Though baby Groot himself is pretty darn tiny, this Groot bread is no small slice, but instead a full-on loaf-like treat which is almost too cute to eat. Almost.

Would you want to try Groot bread? Let us know @BritandCo!

Desiree O
Desirée O is a ‘Professional Bohemian’ who loves anything and everything related to the arts, entertainment, and pop culture. She ADORES being a ‘Newsy’ for Brit + Co, covering all of the latest tidbits of awesomeness that you want to read about. When she’s not writing, she’s either making messy art, going on long adventurous walks with her camera, or poking around over at bohemianizm (http://www.bohemianizm.com/). You can find out about Desirée O and her work at http://DesireeO.com/ or follow her on Twitter @DesireeO.
Disney
Food News
Disney Fast Food
The Conversation
Reviews:
More From Food News