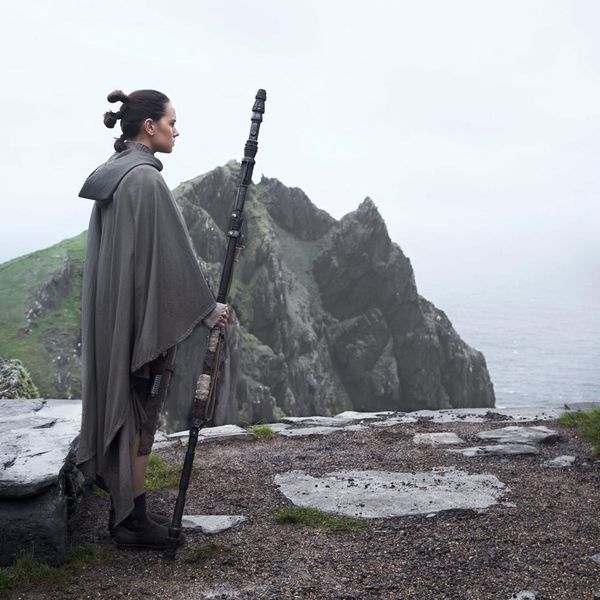 If you're a Star Wars fan (and really, who isn't?), you might find yourself aching to visit the breathtaking locales featured in the saga. Thankfully for us, many of these IRL places that inspired the filmmakers — from George Lucas to Rian Johnson — aren't in a galaxy far, far away; they're merely a plane ride away. It isn't just real world locales Star Wars fans must visit; there are also destinations meticulously manufactured to give you a taste of the Force here right on Earth. So get ready, pack your bags, and set off for adventure.

Dubrovnik, Croatia (Canto Bright): While there may not be Fathiers (those giants horses) taking over the streets or Justin Theroux playing for high stakes, you can still bask in the glow of the Casino City as seen in The Last Jedi by visiting the real world locale of Dubrovnik. And if you're a Game of Thrones fan, you can do double duty since it also stood in as King's Landing.

Matmata, Tunisia (Luke's Home on Tatooine): Located in Matmata in Tunisia, the Hôtel Sidi Driss is a serious must for those New Hope purists. The dwelling is a centuries-old, traditional Berber home and served as the home of Luke Skywalker on Tatooine. The exterior was filmed in nearby Chott el Jerid and is a Mecca for Star Wars fanatics. (Photo via Discover Tunisia)

Skellig Michael, Ireland (Luke's Hideaway): Luke's home — the Isle of Ahch-To, which houses the Jedi Temple — is included in the new TripAdvisor "Star Wars and Ring of Kerry Day Tour," an exclusive itinerary for fans of The Force Awakens and The Last Jedi. The two-day adventure also features behind-the-scenes Star Wars tales and a visit to the film's pre-production room.

Salar de Uyuni, Bolivia (Crait): Bolivia's Salar de Uyuni is the real world equivalent of the planet Crait (where the battlefield from The Last Jedi took place) and is actually the largest salt flat on earth (it's 4,086 square miles!).

Wadi Rum Desert, Jordan (The Moon, Rogue One): Wanna go to the moon? Of course, you do. So you'll need to chart a course to Jordan's Wadi Rum, which stood in for the small desert moon of Jedha. It was also used as a filming location for Lawrence of Arabia, Red Planet, and Transformers.

Tikal National Park, Guatemala (Yavin 4): Tikal National Park, in the El Petén region of Guatemala, doubled as Yavin 4, the jungle-covered moon in Star Wars. It holds one of the largest of the ancient ruins of the Mayan civilization. Various temples can be seen in Star Wars: A New Hope; ancient and yet still futuristic-looking. (Photo via Lucasfilm Ltd/20th Century Fox/Walt Disney Studio Motion Pictures)

Abu Dhabi, UAE (Jakku): Take a walk in Jakku, minus BB-8. The planet of Jakku may be "nowhere," but you can actually go to it. In The Force Awakens, the desert outside of Abu Dhabi served as the planet's arid expanse. The filmmakers struck the sets after they were done shooting, but you can still go for the dunes. (Photo via Lucasfilm Ltd/20th Century Fox/Walt Disney Studio Motion Pictures)

Redwood National and State Parks, Humbolt County, CA (Endor): The tall redwoods of California provided the setting of the forest moon of Endor, home of the fuzzy Ewoks in Return of the Jedi.

Lake Como, Italy (Naboo): For those of you who are Star Wars prequel fans (we don't judge), this one is for you. The Northern Italian locale was used as Naboo in Star Wars: Episode II: Attack of the Clones — from the romantic garden terraces to the picnic spots. But really, you don't need Star Wars as an excuse to go to Italy; you just go. (Photo via Lucasfilm Ltd/20th Century Fox/Walt Disney Studio Motion Pictures)

Disneyland, Anaheim, CA: For a taste of Star Wars a la Disneyland, head to the happiest place on Earth to meet Darth Vader, Chewbacca, or Kylo Ren; see props from the films; play Star Wars inspired video games; and buy a little something-something for you or yours. While you're there, make sure to ride Star Tours once, twice, or even more. (Photo via Disneyland Resorts)

Star Wars: Galaxy's Edge, Anaheim, CA or Orlando, FL (2019):Not that far in the future, you'll be able to visit Star Wars: Galaxy's Edge, the totally immersive experience coming to both Disneyland and Disney World. You'll be able to delve deep into Star Wars lore, socialize with the residents of the planet of Batuu (where all the action takes place), and even pilot the Millennium Falcon. (Photo via Disneyland Resorts)

Which location would you most like to go to? Tell us @BritandCo.

(Feature image via Lucasfilm Ltd/20th Century Fox/Walt Disney Studio Motion Pictures)
This post has been updated.
From Your Site Articles
Sunny Chanel
Sunny Chanel is a freelance writer as well as the founder of the whimsical site Wonder and Company. When this proud San Franciscan isn't writing, working on her fixer-upper or doing crafts, she is playing dress up with daughter and planning her next trip to Disneyland.
Movies
Travel
Movies Star Wars vacation travel entertainment family family travel
More From Travel