Women Around the World Are Outraged Over This Makeup Tutorial 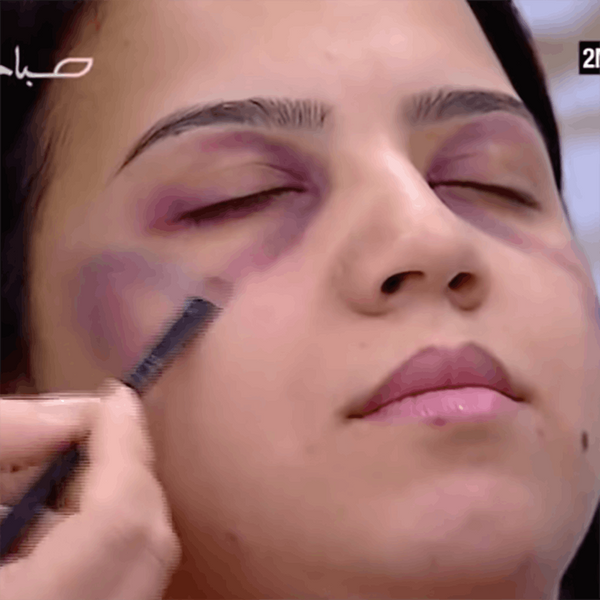 Just two days before International Day for the Elimination of Violence Against Women last Friday, Morrocan state TV network aired a segment on how makeup can be use to cover up signs of domestic abuse.

The segment aired on the channel 2M’s morning show Sabahiyat (see it at the nine-minute mark in the video above). It featured makeup artist Lilia Mouline who demoed tips on how to use foundation and powder to hide signs of bruising. Mouline dished out tips like, “Use foundation with yellow in it; if you use the white one, your red punch marks will always show.” Ironically, the segment was broadcast in anticipation of International Day for the Elimination of Violence Against Women.

Naturally, outrage ensued across the internet…

Instead of giving women makeup tips to hide evidence of #domesticabuse, please teach men how not to abuse women #Morocco #VAW https://t.co/GOjwysig7Y

Thanks #2M…because of you,the world will define Moroccans as savage people who beats their women…#Morocco #stopviolenceagainstwomen

Following the negative response to the segment, the channel issued an apology on Facebook. In a translated post, 2M wrote, “The management believes that this section is completely inappropriate and has an editorial error of judgment in view of the sensitivity and the gravity of the subject of violence against women.” They also went on to say, “The chain is committed to taking the necessary steps towards the people responsible for this error and to strengthen the tools of control and supervision on this subject.”

Domestic violence is a serious problem many Moroccan women face. A 2011 survey that was recently rediscovered by Mic revealed that “about 63 percent of women between the ages of 18 and 64 had been subject to some form of violence in the 12 months preceding the survey, and 55 percent of participants experienced conjugal violence.”

If this outrageous segment has inspired you to do something that would actually be helpful to domestic abuse victims, try donating to the National Domestic Violence Hotline or to the organization No More.