It’s Official: A ‘Downton Abbey’ Movie Is in the Works With the Original Cast 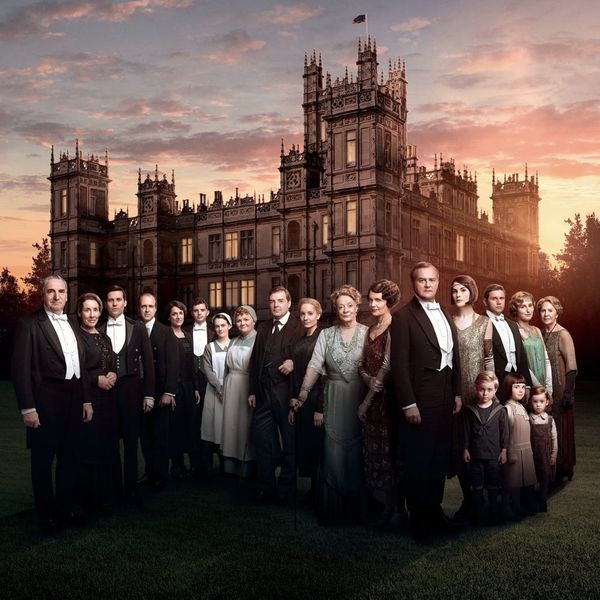 Rumors of a Downton Abbey movie have been buzzing for a while now. Last June, fans were told that the film was definitely happening, but we hadn’t heard anything about it since — until now. It looks like the Crawley family will soon be heading back to their country estate as production is set to start this summer with the original cast.

The British historical period drama, which aired for six seasons from 2010 to 2015, told the story of the Crawleys and their servants, who lived in a stately home in the English countryside at the turn of the 20th century. The story began in 1912 with the sinking of the Titanic, which had serious consequences for the family, and spanned both personal tragedies and historical events like the outbreak of World War I.

“Since the series ended, fans of Downton have long been waiting for the Crawley family’s next chapter,” Focus Features chairman Peter Kujawski said in a statement.

Julian Fellowes, who created Downton Abbey, will produce the new film and has reportedly written the screenplay. However, the plot is being kept a secret for the time being.

Of course, that didn’t stop the cast from speculating with the Huffington Post about what their characters might be up to. Joanne Froggatt mused about Anna Bates, saying, “I imagine I’ll be in a brown hat, again, carrying a tea tray. No, I think Anna and Bates, it would be lovely if they have maybe baby number two by then and they may have their little guest house. … Hopefully they get their happy ever after. They had their ups and downs. It was hard on them. I’d like to see them have a happy future.”

Lesley Nicol has some romantic dreams for Mrs. Patmore. “Ideally, as I am a huge fan of Sir Anthony Hopkins, he will be cast as my new beau and he will fall in love with me — Mrs. Patmore — deeply,” she said. “And she will transform into this goggle-eyed beauty, and they will just elope and have lots of dogs.”

Sophie McShera had to adjust her assumption about Daisy Mason’s situation, admitting, “I was going to say that Daisy would look after Mrs. Patmore into her old age, but I don’t need to do that anymore because you’ve got Tony [Anthony Hopkins]. … I’ll just pop in. I don’t know, maybe she’s pursuing a political career.”

Finally, Allen Leech has big plans for Tom Branson. “I’d like to see Branson happy,” he told HuffPost. “Obviously the fun version would be … he realizes he’s gay and elopes with Thomas Barrow and opens the first Edwardian gay bar.”

Are you excited about a Downton Abbey movie? Let us know @BritandCo!

Desiree O
Desirée O is a ‘Professional Bohemian’ who loves anything and everything related to the arts, entertainment, and pop culture. She ADORES being a ‘Newsy’ for Brit + Co, covering all of the latest tidbits of awesomeness that you want to read about. When she’s not writing, she’s either making messy art, going on long adventurous walks with her camera, or poking around over at bohemianizm (http://www.bohemianizm.com/). You can find out about Desirée O and her work at http://DesireeO.com/ or follow her on Twitter @DesireeO.
Movies
Movies
Movies Nostalgia TV