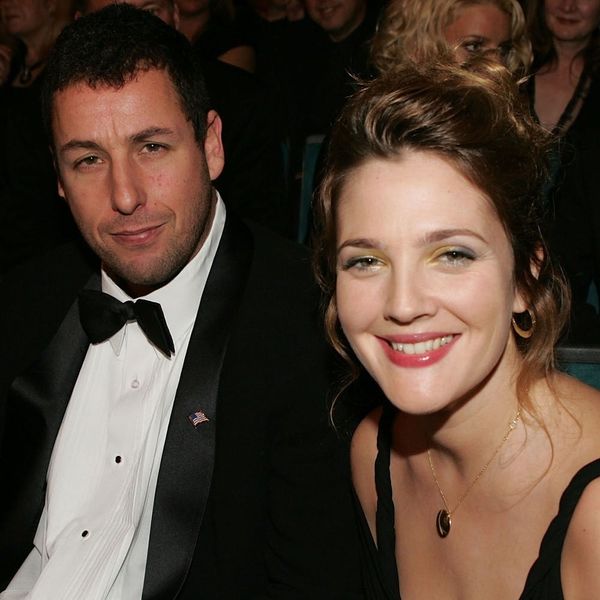 Season two of Santa Clarita Diet just dropped on Netflix last week, but the show’s star, Drew Barrymore, already has a future role on her mind. She doesn’t quite know what that role is, but she does know that she wants it to be alongside her longtime pal Adam Sandler.

The two have costarred in three movies together already: 1998’s The Wedding Singer, 2004’s 50 First Dates, and 2014’s Blended. And if Barrymore has her way, they’ll do another in 2024. “Adam and I have done a movie every 10 years, three decades in a row,” she said on Watch What Happens Live With Andy Cohen. “You cannot mess with that. We will do our 10-year at 40.” (Technically, The Wedding Singer and 50 First Dates were only six years apart, but who wants to wait 10 years for another classic Barrymore-Sandler rom-com anyway?)

The Never Been Kissed star said they “text all the time” about what their next thing should be, but they haven’t found the perfect idea just yet. Since they’re a little older now than when they first starred on screen together, though, she thinks they should try some more… mature roles.

“Literally, the last thing I suggested to him was like On Golden Pond,” she joked, referring to the 1981 story of a grumpy old retiree and his wife. (That might be better for a few decades down the road.)

Thankfully, Barrymore had another idea. “I’m into Planes, Trains and Automobiles with me and Adam on Netflix,” she said, “except I’m like Del Griffith.” For those who need a refresher, Del was the boisterous, helpful (but definitely not appreciated) character played by John Candy. That would leave Sandler to step into the role of Steve Martin’s stressed-out, travel-weary Neal Page. We can totally see it.

Whatever Barrymore and Sandler choose, they’ll have to work around their super-busy schedules. Both stars are currently working on projects for Netflix: Barrymore stars on Santa Clarita Diet, while Sandler signed a multi-year deal with the popular streaming service.

What kind of movie would you like to see from Adam Sandler and Drew Barrymore? Let us know @BritandCo!