Emily Maynard Welcomes Her Fourth Child: See a Pic of Mom and Baby! 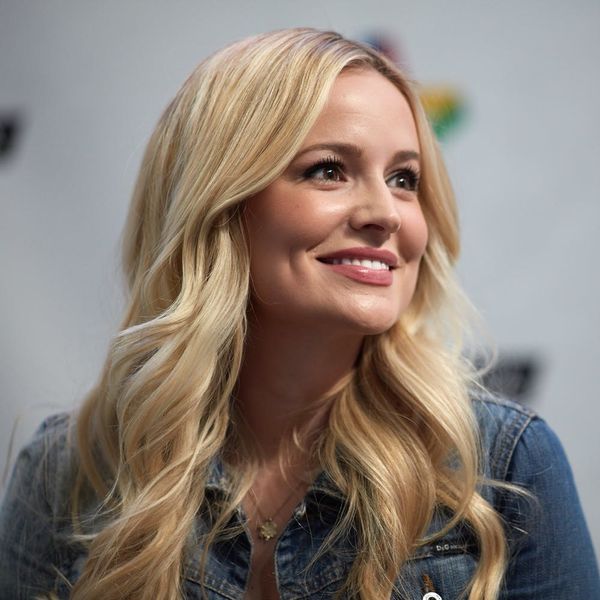 After revealing in August that she was expecting once again, Bachelorette star Emily Maynard gave birth to her fourth child on Sunday, an occasion that husband Tyler Johnson excitedly shared in a series of Instagram stories.

Throughout the day, Johnson posted several updates from the hospital, starting with a smiling selfie of the two of them as his wife prepared to give birth. The follow-up was an adorable video of their new arrival.

“Number four here!” the caption read as Maynard was wheeled by in her hospital bed, looking radiant with her bundled-up new baby in her arms.

The new addition makes it three under three (and four total) for the happy couple — they also share sons Jennings Tyler, two, and Gibson Kyle, one. Maynard’s 12-year-old daughter (from her relationship with her late fiancé, Ricky Hendrick) was also at the hospital, and Johnson shared a sweet look at her meeting her brand-new sibling.

So far, they haven’t confirmed any additional details, including the baby’s sex or name. The Bachelorette season eight star previously revealed that she needed a scary emergency appendix surgery when she was six months along, so we hope the rest of the pregnancy and delivery were smooth sailing.

The new mom herself hasn’t posted any photos of her new baby just yet, but she did share a photo of some Champagne and a cinnamon roll as she camped out at the hospital — so we’d say she’s doing just fine. Congrats to the growing family!

Do you know anyone with three kids under three years old? Let us know @BritandCo!