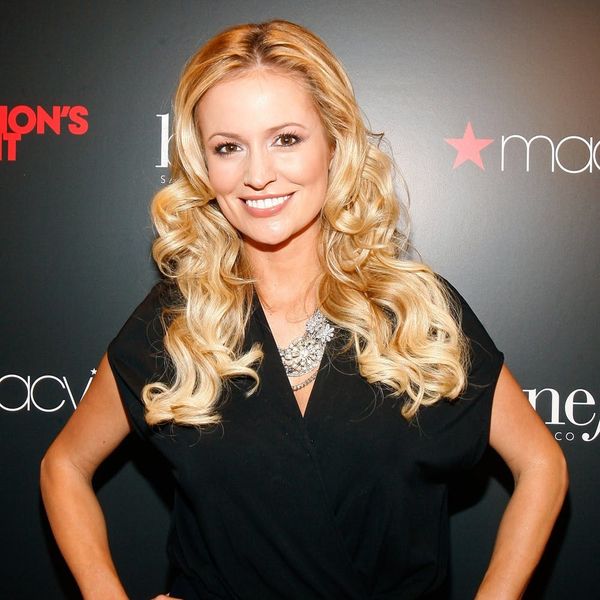 It’s another Bachelor Nation baby! Emily Maynard joins franchise stars Carly Waddell and Evan Bass (who are expecting), as well as new parents Jade Roper and Tanner Tolbert, in adding to the big Bachelor baby family. She revealed on Instagram that she’s happily expecting again with husband Tyler Johnson — but the pregnancy had a pretty scary moment.

Way too many tacos at lunch. ---Seriously though, as scared as I am to have 3 under 3, I'm so grateful God picked me to be the mommy to my kids and we can't wait for number 4 to get here! This pregnancy has been filled with lots of hot wings, ranch dressing, an emergency appendix surgery at 6 months, and swollen ankles all day every day but I wouldn't change it for the world. My little tribe can't wait to meet their new brother or sister (it's a surprise!) in the next couple of weeks!

In the Instagram caption confirming her pregnancy, Maynard said that she needed emergency appendix surgery at six months. She didn’t elaborate on the details, but she did share some of the fear and excitement she’s feeling as she waits for baby number four.

“Way too many tacos at lunch,” she joked in the caption of the video showing her bump. “Seriously though, as scared as I am to have 3 under 3, I’m so grateful God picked me to be the mommy to my kids and we can’t wait for number 4 to get here! This pregnancy has been filled with lots of hot wings, ranch dressing, an emergency appendix surgery at 6 months, and swollen ankles all day every day but I wouldn’t change it for the world.”

Maynard, who starred in season 15 of The Bachelor and season eight of The Bachelorette, had her third child in September 2016 — just 14 months after welcoming her second child, a son. She also has a 12-year-old daughter from a previous engagement to Ricky Hendrick, who died in a plane crash in 2004.

When lunch is so good at you have to go buy new shirts after {thanks @kylejohnson_7 for the @nectar sunglasses!} stroller: city select by @babyjogger double stroller

Maynard revealed that they’ve decided to keep the sex of the baby a surprise, but that her three kids can’t wait to meet their new brother or sister. According to her, they don’t have long to wait — she’s due in the next couple of weeks. Congrats to the growing family!

Would you or do you have three young kids under three? Let us know @BritandCo!