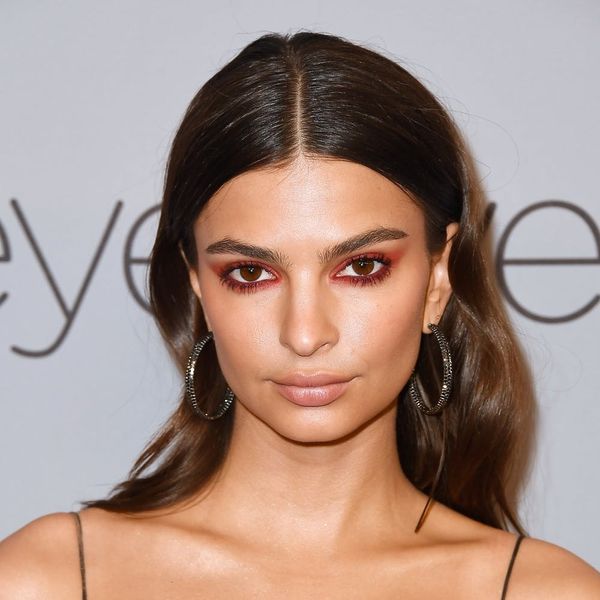 Emily Ratajkowski *just* landed a major beauty gig as a brand rep for luxury haircare brand, Kérastase, but the model is already causing quite the stir in her new role.

The 26-year-old announced her new gig via Instagram, where she posted a gorgeous black and white photo from the new campaign. Her caption, however, was one that didn’t sit well with many.

“Hair is a fundamental part of beauty, femininity, and identity,” she wrote. “so excited to announce that I am the new face of @kerastase_official!”

The phrasing immediately set off alarms, with many chastising the model (who has been vocal about how idealistic beauty standards have affected her personally), for pushing the antiquated notion that hair itself defines a woman’s beauty and/or femininity.

“What about women with short hair? What about women with cancer?” one commenter asked, “[They] are still beautiful.” Another person added, “I’m…someone who has several loved ones… who have lost their hair…cancer or not, hair or not…I find them Gorgeous and Courageous…”

So excited to announce that I am the new face of @kerastase_official ! Welcome good hair days! Shot by @inezandvinoodh ✨ #Kerastase #KerastaseClub #sponsored

The Cruise actress has since deleted the original caption, swapping it with a simple “Welcome good hair days!” though she has not responded to the backlash against the original post. “Much appreciation for recognizing the inappropriate, untrue, and hurtful message of the original caption,” one commenter said, “but wonder why there is no conversation or act of accountability for the original message?”

While it’s unclear if Kérastase reposted Ratajkowski’s original caption on its own page or was in fact behind her initial words, the brand did issue an apology, reportedly writing, “We are deeply sorry about that, we didn’t want to cause any harm to anyone with the caption. Of course, beauty is not defined by your hair, beauty is something more spiritual, beauty is an attitude coming from inside each of us.”

The company also addressed its spokesmodel directly, saying, “Our new muse, Emily, thinks that her hair is a way to express herself. As she said, ‘Everyone is uniquely beautiful in their own way’, and we agree. We apologize for the misunderstanding of our previous caption because it seems like we were making a one-way statement, forgetting the rest of the multiple variations of beauty. We honestly tell you we’re very sorry and thanks for your testimony because through it we are learning every day.”

Whose exceptional hair is this? Find out in just a few hours when we reveal the new face of #Kerastase...

Ironically, Ratajkowski recently spoke to Elle to express her enthusiasm for being chosen by the brand for more than just her looks. “Often when you’re building a campaign, [the clients] have an idea of an image, but they don’t like what comes with real femininity,” she told the outlet. “They try to gloss over what they perceive as flaws or ‘different.’ What was great about this Kérastase campaign is they hired me for me. They’d done their research. They know who I am. That’s what they wanted to come through in the campaign. They weren’t just hiring a model because of a superficial image.”

She also spoke to the magazine about hair with regard to feminism specifically, saying, “Feminism is about the choices we make and the freedom we have to make personal choices without judgment or retribution. For some people, their hair isn’t important to them, and that’s a totally respectful stance. I would never judge someone who feels that way. But for me, and for a lot of women… how our hair looks and feels is an everyday part of our lives, whether we always want it to be or not. And ultimately, feeling good about yourself is good for your life and who you are. So if having the best hair you can have means you feel better about your day, then go get that hair. And don’t feel guilty about it!”

Do you think Emily’s Kérastase caption was in poor taste? Let us know @BritandCo.