Emma Stone Debuted Her New Perm on the Red Carpet 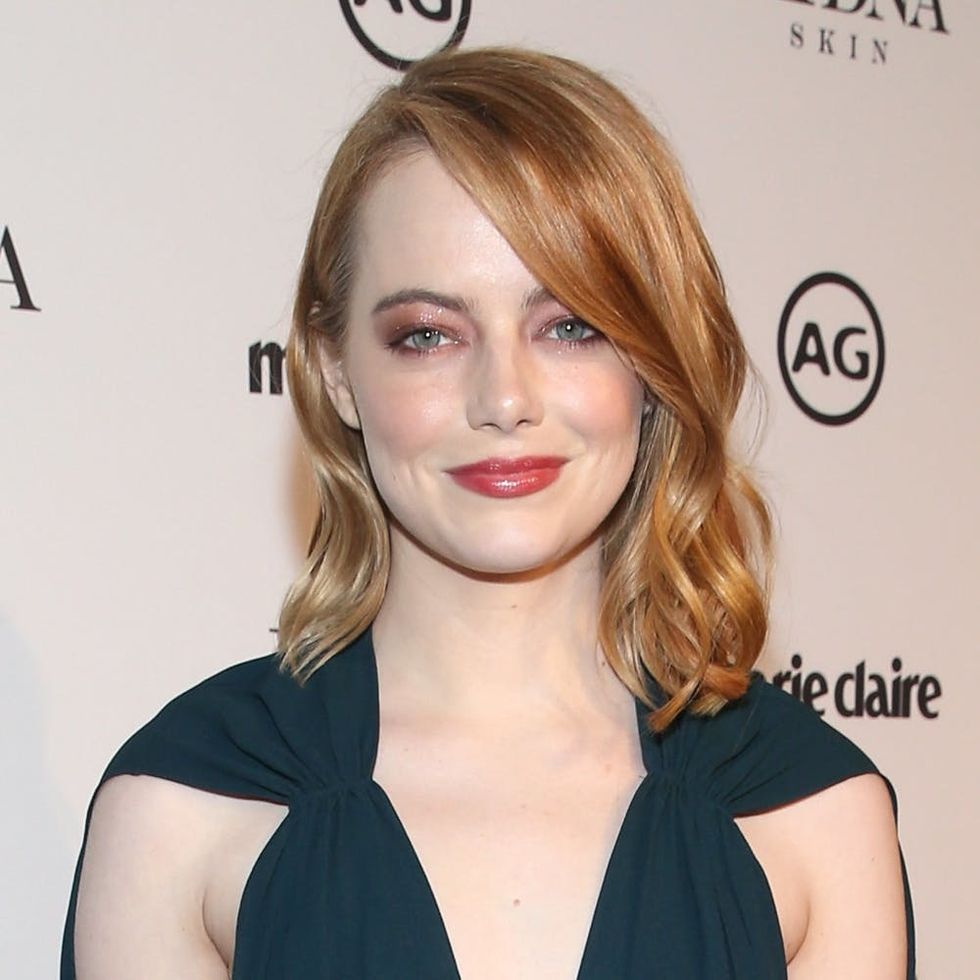 Emma Stone looks like a whole new woman! Last month, the 29-year-old opted to get matching perms with her BFF, Rachel Goodwin at Mare Salon in West Hollywood. Now, she’s finally showing it off for the world to see, hitting the red carpet with a set of ringlets that would make even naturally curly-haired babes envious.

Though we got a sneak peek of the look while not-quite-dried, with no social media accounts of her own to speak of, we’ve had to wait for the Oscar-winning actress to make her public hair debut.

At last, that time has come, with the Battle of the Sexes actress stepping out for a pre-Oscars soiree celebrating women in film in LA, with a whole new hairstyle that totally changed up her style.

Though her signature deep side part remained the same, the texture of Stone’s hair has been completely transformed, with bouncy, natural-looking curls taking the place of her formerly sleek strands (below) that boasted just a hint of wave.

As we previously reported, the ‘do look comes courtesy of a technique called the New Wave treatment ($450) that seems to have originated at Striiike Salon in LA and is currently sweeping Hollywood, with Jaime King also jumping on board with the trend.

We have a permanent bond! Some friends get tattoos, well we get perms! We’re here to tell you that they are BACK and theyre not your grandmas perm! Especially when you are in the amazing hands of @mararoszak and @bykileyfitz at @mare_salon #curlyisthenewstraight this is the #newwave

Unlike a traditional perm, this updated method doesn’t use any heat, relying instead on a “super wave gentle lotion” and soft foam curl rollers, resulting in minimal damage.

If Stone’s tresses are any indicator, it also offers up the perfect amount of body, with a controlled coif of undone ringlets.

What do you think of Emma’s new look? Share with us over @BritandCo.

Nicole Briese
Nicole is the weekend editor for Brit + Co who loves bringing you all the latest buzz. When she's not busy typing away into the wee hours, you can usually find her canoodling with her fur babies, rooting around in a bookstore, or rocking out at a concert of some sort (Guns N' Roses forever!). Check out all her latest musings and past work at nicolebjean.com.
Celebrities
Hair
Celebrities Celebrity Hair Curly Hair Ideas Hair