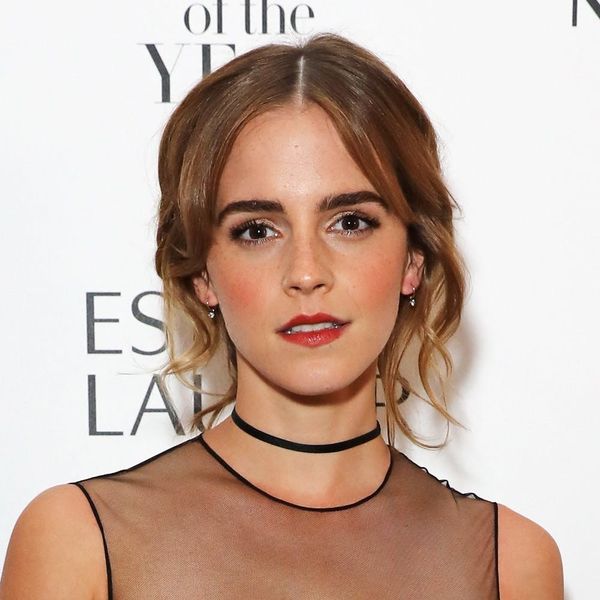 The chance to play a Disney princess my seem like a once in a lifetime opportunity, but if you happen to be Emma Watson, that kind of dream will just keep popping up until it becomes a reality. Admitting that she formerly turned down the role of Cinderella, Emma has revealed why she chose to play Beauty and the Beast’s Belle instead. We’re gonna guess you’ll totally respect her reason.

“I didn’t know they were going to make Beauty and the Beast at the time I turned down Cinderella,” Emma told Total Film, speaking of the live-action 2015 film which ended up starring Lily James.

And while, for some stars, it may have been their one and only shot at a fairy tale, Disney wasn’t willing to give up on Emma quite yet, which is why they then offered her the Beauty and the Beast role.

Emma continued, “[W]hen they offered me Belle, I just felt the character resonated with me so much more than Cinderella did. She remains curious, compassionate and open-minded. And that’s the kind of woman I would want to embody as a role model, given the choice.”

Since she was indeed given the choice, Emma further explains, “There’s this kind of outsider quality that Belle had, and the fact she had this really empowering defiance of what was expected of her. In a strange way, she challenges the status quo of the place she lives in, and I found that really inspiring. She manages to keep her integrity and have a completely independent point of view. She’s not easily swayed by other people’s perspective — not swayed by fear-mongering or scapegoating.”

Considering the current political climate, a role model like Belle sounds like just the person we need to look up to… even if she is fictional.

What do you think about Emma’s choice to play Belle instead of Cinderella? Tweet us @BritandCo!