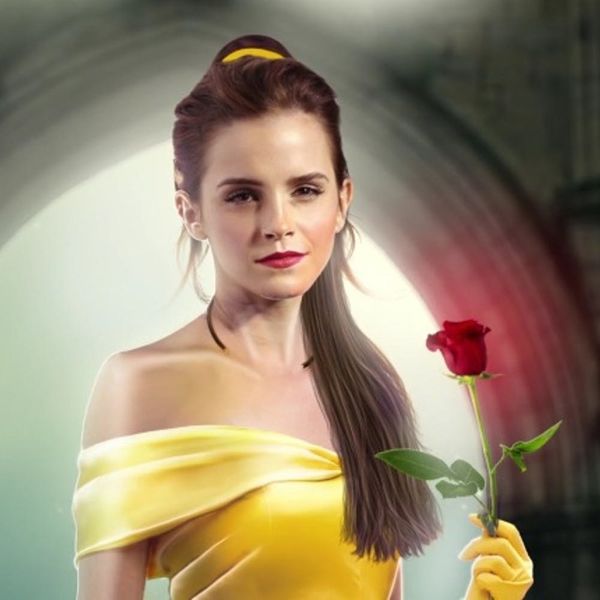 Not everyone was impressed with the sneak-listen we got of Emma Watson singing in the new live-action Beauty and the Beast film, but we weren’t letting that dash our hopes of a truly magical movie. Now, though, we’ve gotten a peek at the Belle doll seemingly created in Emma’s image, and… there’s something very strange about it. Not only does it barely look like the actress herself, but folks (hilariously) think it looks like Justin Bieber.

There’s no doubt that Emma Watson looks simply gorgeous as Belle, stepping into the epic yellow-gold ballgown and caped Parisian outfits of one of our most beloved Disney characters with a grace that is all her own.

So what the heck happened with the toy?! We’re talking about a weirdly wide noggin, a gigantic forehead and basically a face that looks nothing like Emma Watson.

when you order an emma watson doll online but a justin bieber doll in a yellow dress & a wig arrives instead pic.twitter.com/PUQUBXyufT

Folks were quick to take to Twitter with their thoughts such as, “when you order an emma watson doll online but a justin bieber doll in a yellow dress & a wig arrives instead.”

Once you hear it, it’s kind of hard not to see the doll as the Biebs, TBH.

What the fuck is this? Did the plastic from Lord Farquaad's batch LEAK into Belle's vat at the factory?! 😒😒 pic.twitter.com/Q8uJJfDnE5

This doll looks like Jennifer Garner trying to disguise herself as Emma Watson in an episode of Alias. pic.twitter.com/c071qeSdXN

What do you think about the Belle doll? Tweet us @BritandCo!