The Best #InternationalWomensDay Celebrations on the Internet Right Now 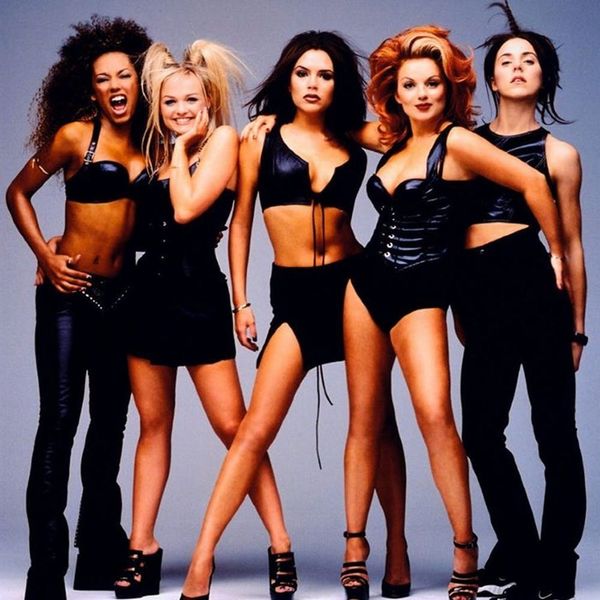 Happy International Women’s Day, ya’ll! We know today’s agenda probably consists of blasting Beyoncé on repeat and reading Gloria Steinem’s memoir, but if you’re looking to switch up the plan, we suggest scrolling through to check out all the awesome ways the Internet has celebrated the best day of the year.

1. Google: Over on Google’s homepage, you’ll find a fun and creative video titled #OneDayIWill that features women from all across the globe (like Nobel Prize winner Malala Yousafzai) chatting about their aspirations for the future.

2. Go Pro: The camera company gathered a bunch of women to complete this sentence: “We are ____.” Their answers are sure to give you goosebumps.

Look outside your windows at dusk! @Chirlane and I just turned the Empire State Building PINK! @HeforShe #IWD2016 💪🏻 pic.twitter.com/pYrboITexa

4. Demi Lovato: Demi shared this inspiring photo illustration that reimagines the symbol we all know too well.

5. Hillary Clinton: Leave it to Hillary to come up with a IWD Twitter post that really hits all the bases.

Watch This Supercut of Badass Boss Ladies Being Boss

On this International Women&\u0026#039;s take a moment to celebrate badass boss ladies.

6. New York Magazine’s Supercut of Women in Film: Just in case you need a reminder of some of the best and baddest female characters in film, New York Mag has created a montage that really hits all the highlights.

7. Marie Claire: Marie Claire has been sharing inspirational quotes by women all day, but these words from Beyoné are definitely going to stick with us.

Felt obliged to post this on this particular day being as they are everything that represents girl power & my childhood ! My ultimate inspiration. They taught me so much growing up. They inspired me to follow my dreams & to be an independent strong woman!!!! They totally deserve recognition on a day like today!! I was in my first girlband aged 13 & travelled the country for years in determination to find success as it meant so much to me & I wasn't going to give up! They made a stand for girls & women everywhere & inspired so many. Thank you Spice Girls!!!! 🇬🇧💗👯👭👯💗🇬🇧 #girlpower #internationalwomensday #spicegirls

8. Jess Wright: Jess Wright, an English singer and model, shared this photo of the Spice Girls alongside the caption, “Felt obliged to post this on this particular day being as they are everything that represents girl power & my childhood! My ultimate inspiration. They taught me so much growing up. They inspired me to follow my dreams & to be an independent strong woman!!!! They totally deserve recognition on a day like today!! I was in my first girl band aged 13 & travelled the country for years in determination to find success as it meant so much to me & I wasn’t going to give up! They made a stand for girls & women everywhere & inspired so many. Thank you, Spice Girls!!!!”

9. Jessica Chastain’s Personal Essay: While working on a movie set where both the cast and crew are comprised mostly of women, Jessica took a break from memorizing lines to write about what the unique work experience has been like. Check out the essay in full here. (Photo via Kevork Djansezian/Getty)

10. Reese Witherspoon: Could Reese be the newest member of Taylor’s squad? Maybe. But today, she’s just sharing this awesome GIF of the singer created by FOX ADHD.

11. Crosstich FTW: This charming and all too real cross-stitched artwork has been circulating throughout the day. We would love this on a pillow ASAP. Please, and thank you.

It's #InternationalWomensDay, and I'm grateful for all these badass women 👊

12. MTV: Major shout out to MTV, who created this old-school collage of some of the women who inspire us every day.

Happy #InternationalWomensDay to all my womens out there. And the mens.https://t.co/ZEHwvxUtXa

14. Ellen DeGeneres: Just in case you need another reason to love Ellen, check out this hilarious, touching and inspiring montage of all the awesome girl power moments that have gone down on the Ellen Show.

15. Instagram + Jaz O’ Hara: To celebrate International Women’s Day, Instagram decided to highlight Jaz O’Hara’s work with Syrian refugees. The 25-year-old used to work in fashion, but has since quit her job to start the travel blog, The Worldwide Tribe. Currently, she’s in Calais living with refugees and sharing their stories.

16. Kim Kardashian’s Epic Nude Selfie Response: Hey, remember that time Kim broke the Internet with another nude selfie? And then remember all the drama that ensued? Kim has taken to her website for International Women’s Day to not only explain why she did it, but also unapologetically share her opinion on the debate. She writes, “I am empowered by my body. I am empowered by my sexuality. I am empowered by feeling comfortable in my skin. I am empowered by showing the world my flaws and not being afraid of what anyone is going to say about me. And I hope that through this platform I have been given, I can encourage the same empowerment for girls and women all over the world.”