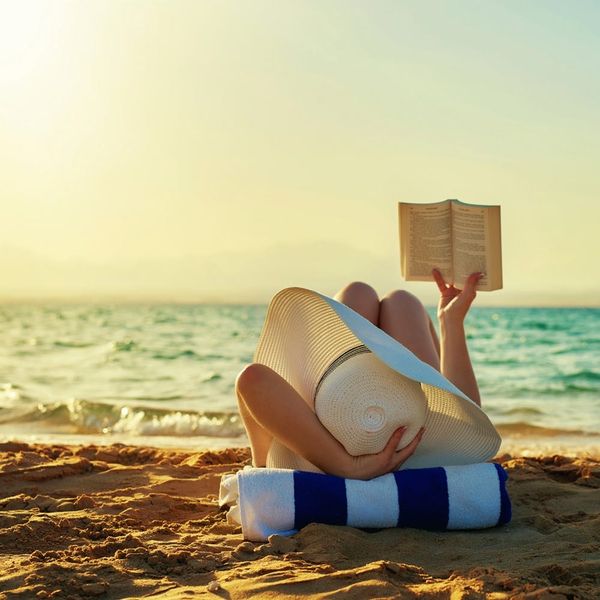 It happens to the best of us — Bali dreams with a Myrtle Beach budget. While the ideal vacation length is eight days, sometimes all our PTO is spent on co-workers’ weddings, sister’s graduations and friends’ destination bachelorette parties. So, sadly, some of us won’t make it to the top travel destinations of the year IRL, but thanks to these seven new books set in exotic locations, you can go on an adventure no matter where you are. Buckle up.

1. All Summer Long by Dorothea Benton Frank ($27): As a southern husband and his New York socialite wife prepare to move from the big city to South Carolina, where he’s originally from, even the promise of southern charm and a slower pace of life doesn’t make things easy. Their first summer back is full of new discoveries, leaps of faith and strengthened connections. Frank’s writing is vivid, thoughtful and memorable, so you’ll feel like you’re a part of the dynamic cast of characters yourself.

2. Homegoing by Yaa Gyasi ($27): Homegoing follows the journeys of two sisters born in 18th-century Ghana. The first sister is married to an Englishman and lives in a castle on the Gold Coast. The second sister, in drastic contrast, is sold into slavery and shipped off to America. The book follows each sister’s life as she grows up. What becomes of each of them is surprising, heartbreaking and ultimately inspiring. You may want tissues nearby for this one.

3. The Loose Ends List by Carrie Firestone ($11): Maddie O’Neill’s grandmother has quite the unconventional bucket list. The terminally ill matriarch has decided to take her entire family on a “death with dignity” cruise around the world. Seventeen-year-old Maddie gets thrust into a summer filled with adventure, love, excitement, loss and heartbreak that will shape her entire future.

4. The High Mountains of Portugal by Yann Martel ($27): From the author of the award-winning book Life of Pi comes an epic ghost story-meets-contemporary fable set in 1904 Lisbon, Portugal. There, Tomás finds an old journal with clues in it to an ancient artifact that, if found, could rewrite history. It’s an adventure tale told from three separate perspectives, over the course of three decades, and spans the entire country of Portugal. Critics are already praising The High Mountains of Portugal for being just as ambitious and rich as Life of Pi, so this is definitely a must-read.

5. Stork Mountain by Miroslav Penkov ($26): A young American student returns to Bulgaria, his birthplace, to track down his grandfather — a man who cut off all communication with his family three years prior. The student’s travels take him to the border of Turkey and Bulgaria, high in the Strandja Mountains. It’s there he reunites with his grandfather and learns about the secret past of his family.

6. The Happy Marriage by Tahar Ben Jelloun and André Naffis-Sahely ($26): Set in vibrant Morocco, this is essentially a he said/she said story — already sounds awesome, right? The first half of the book is told from the husband’s point of view, a man who is convinced he suffered a stroke at the height of his art career, because of his failing marriage. Next comes his wife’s version of the story, which, as you can imagine, is MUCH different than her husband’s. The unraveling love story is interwoven with themes of women’s rights, creative freedom and secrecy — an intellectual beach read, for sure.

7. Barkskins by Annie Proulx ($32): Barkskins begins in the 17th century with two poor French brothers becoming wood cutters (or barkskins) for a feudal lord in exchange for land. Their stories fork dramatically from there. A truly epic story that Proulx pulls off beautifully, the rest of the novel spans 300 years and follows their descendants through North America, China and New Zealand. It’s a family saga, for sure, but it also reads as an environmental fable.

Which one of our adventurous summer reading picks sounds good to you? Tweet us @BritandCo and let us know!

Megan Parry
Megan Parry is a lifestyle writer living in Philadelphia where she's making generous use of her library card, obsessively reading friends' natal charts, and learning how to differentiate between "dried apricot" and "juicy apricot" notes in wine.
Books
Home News
Books