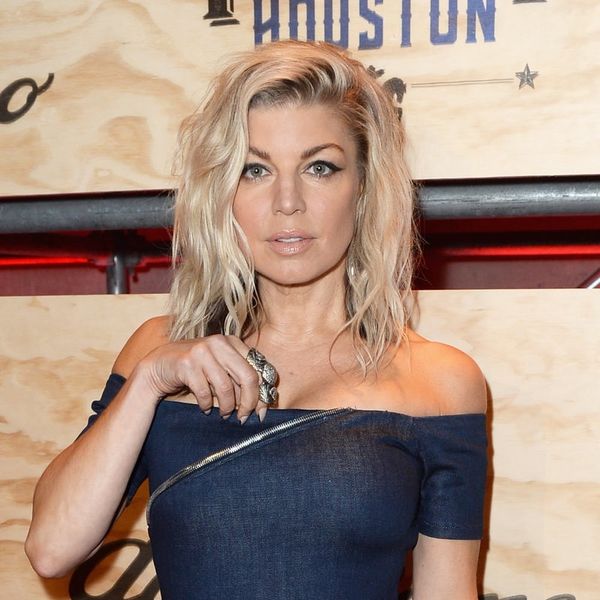 Though we’re still reeling from the news that one of our favorite celebrity couples Fergie and Josh Duhamel are separating after eight years of marriage, it seems the signs of their impending announcement were already there.

Fergie Ditches Josh Duhamel's Wedding Ring for Four of Her Own https://t.co/bhRCiihnEp

On Wednesday, the former Black Eyed Peas frontwoman was spotted out in Brazil without her extravagant engagement ring, instead replacing it with four new pieces, which spelled out “FERG” across her knuckles.

Fergie’s former bling was one of the most gorgeous celeb rings out there. Made by H. Stern Jewellers, the four-carat brilliant-cut diamond band featured a slew of cognac diamonds, set in a unique wide band.

But now it seems the “Fergalicious” singer is doin’ her, replacing her old wedding jewelry with a loud and proud statement look that will be sure to squash any doubts about how she’s faring in the wake of her split. Big girls don’t cry… they get new bling.

While the celeb duo had split earlier this year, they’d kept the news out the headlines for as long as possible for the sake of their four-year-old son Axle. Duhamel and Fergie first met back in 2004 on the set of Duhamel’s show Las Vegas and tied the knot on January 10, 2009.

Are you surprised to see Fergie’s replacement rings? Let us know @BritandCo!

Arielle Tschinkel
Arielle Tschinkel is a pop culture junkie who went to NYU because the Olsen twins went to NYU (really). She is a freelance writer whose work has also been featured on HelloGiggles, Refinery29, SheKnows, Bustle, Hollywood.com, and many others; and she's living her dream one Britney Spears GIF at a time. Follow her on Twitter @mrstschinkel or visit her website at arielletschinkel.com.
Celebrity Style
Celeb Style
Celebrity Style Jewelry rings
More From Celeb Style