5 Books to Read Before Watching Them Onscreen 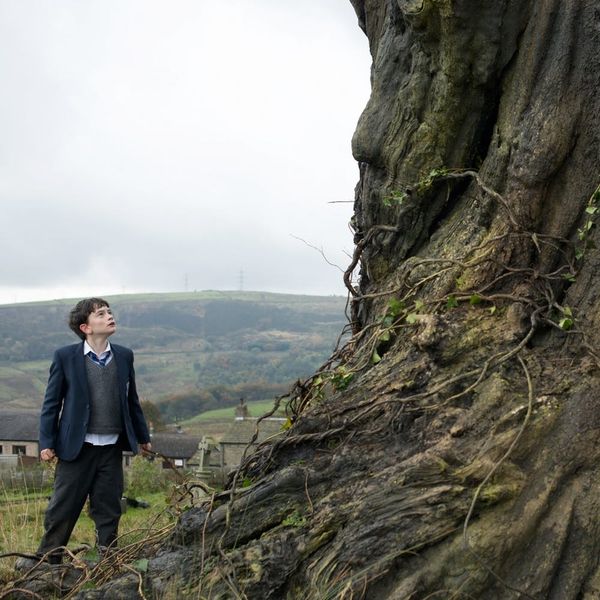 In every group of friends, there’s always the one person who says, “The book is better than the movie” when talking about a film adaptation of a popular read. Whether or not this is true is usually beside the point, as books and films each bring something totally different to the table. The best authors provide characterization through prose; the best actors convey emotions through a single look.

1. American Gods by Neil Gaiman ($6): This TV show in the making is perhaps one of the most hotly anticipated book-to-screen adaptations yet. Show-runner Bryan Fuller (who created TV favorites Hannibal and Pushing Daises) is aware of how much book fans love the original, and has promised to remain true to Gaiman’s vision. And what a vision it is: a world where gods are borne out of belief, and the old gods (Norse and Egyptian, to name just a few) battle with the new (Media, Technical Boy — a personification of the Internet) along the roads of America’s freeways. This fantasy-flirting-with-reality novel is particularly suited to Fuller’s lush aesthetic, but the book definitely needs to be read first, if only to get all the author’s nods to theology and religion.

2. Crazy Rich Asians by Kevin Kwan ($9): Yes, Hollywood is going to make a movie with an all-Asian cast helmed by an Asian director, Jon Chu (Knock on wood. No white-washing of characters, please, Hollywood). The dream casting has already begun for this deliciously fun read, which has won accolades for tongue-in-cheek portrayals of Asians not often seen in popular media. There are no kung-fu masters, no fresh-off-the-boat accents and no rural Chinese peasants. Replacing these stereotypes are the moneyed and well-dressed of Singapore, Hong Kong and Taiwan, who were raised speaking different dialects and groomed to be part of the uber-rich elite in Asia. Readers are shown this world through the eyes of Asian-American protagonist Rachel Chu, who grew up in California’s Silicon Valley. Not all Asians are created alike, as the saying goes, and this book went a long way in opening the eyes of the American public to this fact. The film will undoubtedly do the same — as long as Hollywood executives keep their mitts off casting decisions.

3. The Circle by Dave Eggers ($9): Speaking of Silicon Valley, this novel will seem all too familiar to anyone who has lived in or around the tech industry. Published in 2013 by the same man who brought us A Heartbreaking Work of Staggering Genius, Eggers’ book could perhaps be read more as a parable instead of fiction. It follows the ascent of Mae Holland in a tech company called the Circle that produces useful (and addictive) products used by the public, such as the SeeChange, tiny cameras that can be worn by individuals to provide real-time videos. An amalgamation of Facebook and Google, the Circle also requires its employees to constantly interact and do social events around the company’s facilities, while updating their social media statuses about said activities. This setting, close enough to reality, ensures that the film slated for late 2016 will reflect a mirror upon us as a compliant, unquestioning society in thrall by our digital devices. Emma Watson will star as Mae Holland, while Tom Hanks and John Boyega have top billing as well.

4. A Monster Calls by Patrick Ness ($6): 13-year-old Conor is having recurring nightmares, his mother is dying of terminal cancer and he is visited nightly, at seven minutes past midnight, by a monster who takes shape in an old yew tree outside his bedroom window. It is a simple enough setting, but under the hands of Patrick Ness, this horror fantasy becomes a heartbreakingly sad tale of loss and growing up. Now imagine Liam Neeson’s gravelly, stern voice as the monster, and its October 14 release date (two weeks before Halloween) is sure to draw crowds.

5. The Handmaid’s Tale by Margaret Atwood ($8): This 1985 book often makes an appearance on “Most Controversial Books” lists for its graphic scenes of sexual intercourse. Yet what is more disturbing about it is how women are treated in this dystopian future as vessels of fertility. Despite the novel’s enduring popularity, a successful film adaptation has never been made (one was attempted in 1990). But now, Hulu promises a series that stars Mad Men’s Elisabeth Moss as protagonist Offred. It is set to air in early 2017, more than 30 years after the publication of its source material… which remains, for better or worse, totally relevant today.

Are you as excited for the onscreen adaptation of these books as we are? Tell us @BritandCo!