For People With Invisible Disabilities, Fidget Spinners Are More Than Just a Fad 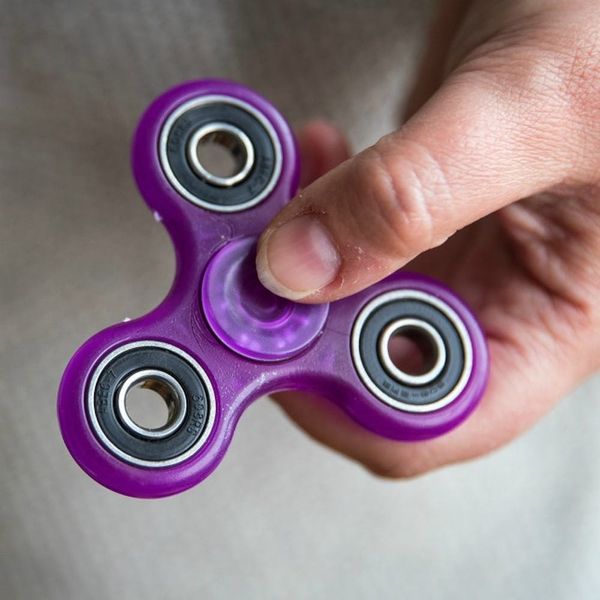 Maybe you’ve seen recent Facebook headlines (like this one from The Federalist Papers) that suggest there is a real danger to fidget spinners and similar fidget toys currently on the market. The fact-checking website Snopes has pointed out that these risks are inaccurate and overblown — basically, they’re clickbait.

While this misinformation might not seem like a huge deal, it can lead to attitudes that are potentially harmful to people with mental health issues and neurological differences that rely on these toys to self-soothe.

According to research published by the journal Child Neuropsychology in 2016, fidget toys can be beneficial for people with ADHD or autism, as well as others who need help focusing. With the digital age forcing multi-tasking on everyone, including young children, it’s hard to keep focused. By distracting the body, fidgeting can help calm the mind.

“Fidgeting in children with ADHD may be an unconscious attempt to maintain attention,” said Julie Schweitzer, director of the ADHD program at the University of California, Davis MIND Institute, in an interview with LiveScience.

While most research on the benefits of fidget toys has focused on people with ADHD, it’s clear that the toys can have a profound effect on those with autism, anxiety, and other learning disabilities or social disorders. Sharing misleading, fearmongering stories about the toys can overshadow the benefits that many people can gain from them.

Often, having a mental illness or learning disability is what’s called an “invisible disability,” meaning most people wouldn’t know you need support because you aren’t visually/physically disabled. This means it’s easy not to notice when people actually derive therapeutic benefits from a gadget or toy, especially if it’s one that many other people are currently using for fun.

While you might not personally see the benefit of fidget toys, they’re just one of many potential tools for people with neurological differences. Some people chew their fingernails to self-soothe, or tap their feet, or pop their gum in order to help calm themselves down.

It’s easy to make fun of popular toys and fads. But making fun of fidget toys can become one of the ways that we ignore other people’s special needs by turning the tools they rely on into something “stupid” or “unusable.” Like many other things we may not understand, fidget toys can make a world of difference to people who need them.

How do you calm down when you’re stressed? Tell us @BritandCo!

Kat Armstrong
Kat has been a writer, social media maven and mom for longer than she's willing to admit. She's also spent time in front of and behind the camera, interviewing celebs, politicians and acting as a producer for fashion and artistic photography shoots. When she isn't writing for various orgs and publications, she's hanging with her kids, husband and French Bulldog, Peter, in Toronto, Canada.
Mental Health
Diversity
Mental Health Parenting