Forget Coffee: You Can Now Wake Up With a Caffeinated Bagel 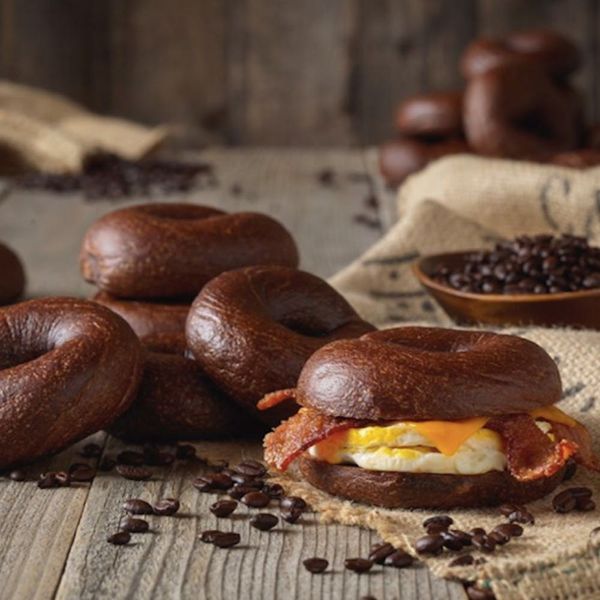 There’s some things that just *go* together. Mickey and Minnie. Salt and pepper. Peanut butter and jelly. Coffee and bagels. Such a great pairing is the latter combo, in fact, that Einstein Bros. Bagels has decided to combine them together, or, as the soon-to-be reuniting Spice Girls might be wont to say, make two become one.

The company is now serving up what they’re calling an “Espresso Buzz” — a plain bagel infused with 32 milligrams of caffeine — roughly half the amount found in a single shot of espresso or one-third of an eight-ounce cup of joe — to help “boost” your day. Chock full of other goodness, like 13 grams of protein, iron, and magnesium, as well, it’s served as a sandwich with cage-free eggs, cheddar cheese, and brown sugar bacon.

The caffeine comes in the form of espresso and cherry coffee flour, presumably for taste, though the jury’s still out on whether it helped mask what some are describing to Fox News as being its “insanely bitter” taste. “It tastes like chewy coffee, and I’m not sure if that’s a good thing,” one taster told the outlet.

Chewy coffee? We won’t lie — we’re intrigued. We’re practically DYING to give this one a go.

If you’re more of a decaf gal, however, not to fret: Two other bagels have also been “boosted” for your eating pleasure, including a savory parm bagel (boasting thiamine, iron, and riboflavin), and a Chia Cherry Bagel that has Omega-3 ALA and fiber.

These sound almost worth skipping our snooze button for tomorrow… almost.

What do you think of this foodie combo? Tell us over @BritandCo.

Nicole Briese
Nicole is the weekend editor for Brit + Co who loves bringing you all the latest buzz. When she's not busy typing away into the wee hours, you can usually find her canoodling with her fur babies, rooting around in a bookstore, or rocking out at a concert of some sort (Guns N' Roses forever!). Check out all her latest musings and past work at nicolebjean.com.
Coffee
Food News
Coffee Fast Food
The Conversation
More From Food News