The Spice Girls Are Reuniting, But There’s a Catch 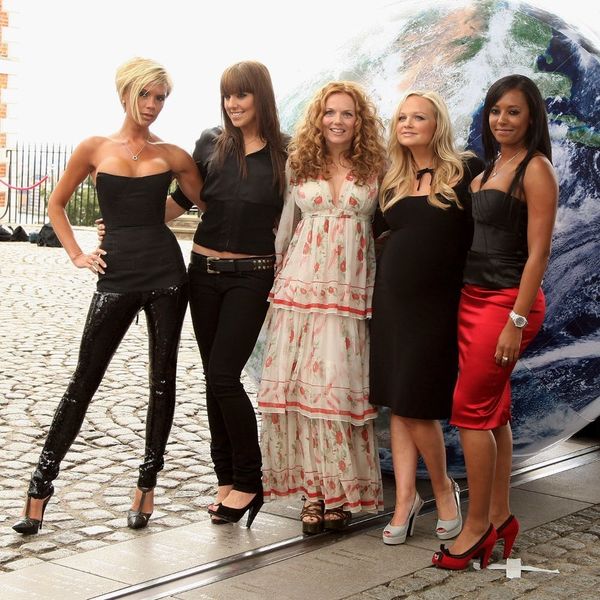 Get ready to zig-a-zig-ah, friends, because a Spice Girls reunion is happening. It’s really, truly, actually happening! After teasing us for ages now with a name change and even a spin-off song, the gals are finally getting back together. But (of course) there’s a catch.

While we were first disappointed to find out that Posh Spice (AKA Victoria Beckham) and Sporty Spice (IRL Melanie Chisholm) wouldn’t be joining the group if they were in fact to get back together, we then had to put aside hopes of a tour altogether when Ginger Spice (now known as Geri Horner) announced that she was pregnant.

These days, with Scary Spice (the beloved Mel B) going through a seriously terrible split, we would have thought that touring would be the last thing on her mind. However, according to Page Six, it turns out that Mel B’s ex, Stephen Belafonte, was always “an unnerving presence. Now he’s out of the way, fun will return.”

http://spicegirlsgem.com Happy 20th Birthday to all our fans! You’ve stood by us for over 20 years, so we want to say thank you. We hope to tell you soon what you want, what you really really want… #wannabe

That’s why Ginger/Horner has come out with a promise that the three remaining Spice Girls (herself, Mel B, and Emma Bunton) are fully planning a reunion. Woo!

However, she was sure to clarify, “We’re not re-forming immediately, but in the near future.” Ugh. So, once again, we’re left with no clear idea of when a reunion could actually happen. If it ends up happening at all. Please don’t dash this dream, Spice Girls… GEM… whoever you are nowadays!

Would you love to see the Spice Girls reunite? Let us know @BritandCo!