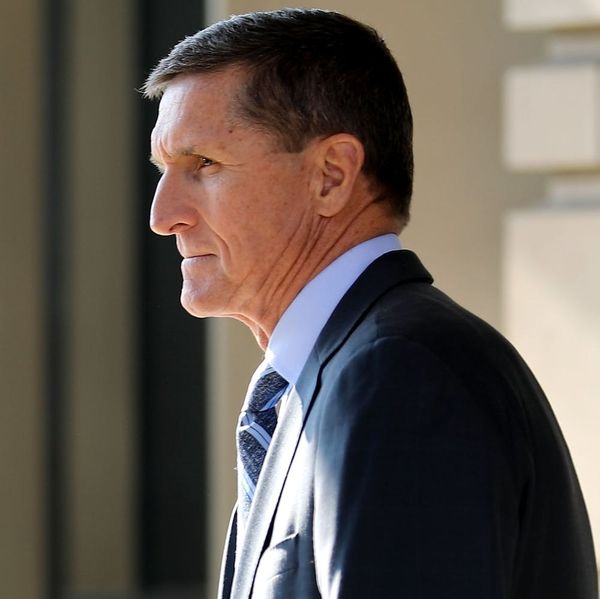 President Trump’s former National Security Advisor, General Michael Flynn has pled guilty to lying to the FBI about his ties to Russian diplomats in the wake of accusations of Russian meddling in the 2016 election. Flynn made the plea Friday morning in a courthouse in Washington DC, after infamously becoming the first official former member of the president’s staff to be formally charged with various treasonous acts under the special investigation led by Robert Meuller.

Court documents show that Flynn was in regular contact with Russian diplomats during the president’s transition leading up to his inauguration last January, but his plea came as a surprise to many on Friday morning. The documents state that Flynn made, “materially false, fictitious, and fraudulent statements“ to law enforcement on January 24, 2017 — four days after President Trump was inaugurated — about a December phone call he had with former Russian Ambassador to the US, Sergey Kislyak.

The statement in question was in regards to two telephone calls between Flynn and Kislyak in December of 2016. The documents state that Flynn and Kislyak discussed lifting sanctions by the US against Russia as well as Flynn’s request that Russia delay a UN security council vote which would favor the US government at a later date. Flynn stated during his January briefing with the FBI that these accusations were false. Today’s guilty plea essentially validates the investigation, proving that Flynn lied in January about the requests.

Flynn’s guilty plea is causing some to question whether or not the disgraced army general has been “flipped” by the special prosecution, however. White House insiders are reportedly wary of the plea, as it means that he may be prepared to take down other staffers in the president’s inner circle. According to New York Magazine, during last week’s Thanksgiving holiday, Flynn’s lawyers informed the president’s that they would no longer be cooperating with the Oval Office, leading up to today’s court date.

After Flynn stepped down from his role in February 2017 (due to the investigation), he admitted that he had taken money from other undisclosed contacts, most notably from the Turkish government while he was employed by then-candidate Trump starting as early as February 2016.

In the wake of the investigation, Attorney General Sally Yates was fired by the president for refusing to sweep aside the allegations, as was former director of the FBI, James Comey, who suggested the president asked him to be onside for Flynn and not the FBI.

Although the president has yet to make a statement about his former security adviser, he has previously called Flynn a “wonderful man.”

What do you think of Michael Flynn’s plea? Tell us @BritandCo!