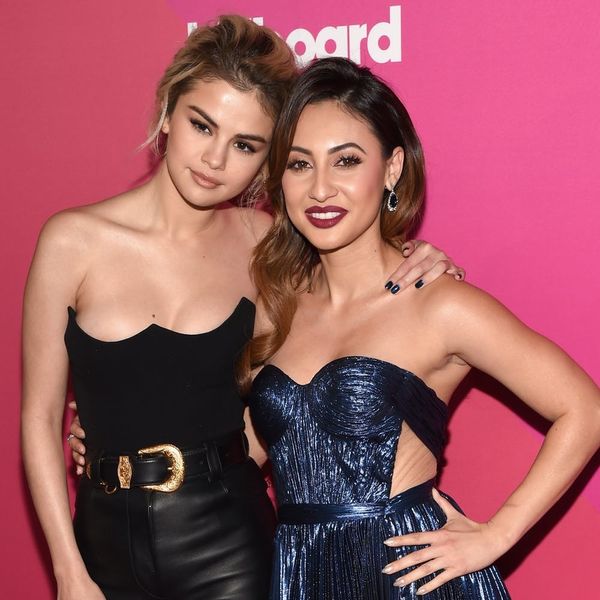 Selena Gomez shocked fans with the news that she had received a life-saving kidney transplant from actress and friend Francia Raisa in 2017, and since then, both women have opened up about what the experience has meant to them. Now, Raisa is sharing the ways in which the transplant has opened her up to an extended family, something she cherishes deeply.

“Our surgery was in June, [but] our fans didn’t find out about it until September,” Raisa told Harry Connick Jr. on Monday’s episode of his talk show. “We wanted that privacy. It was a big surgery. She felt bad about even having me do that because we are just friends, I am not her family or anything. Well, I am now. She has my blood.”

The Grown-ish actress went on to explain that, for months, it was just the girls’ families who knew and were by their sides. For Raisa, that included a new extended family, which ended up being a bonus to the already important procedure.

“We just wanted our families around and it was cool because now I have a big family,” she told Connick Jr. “I lost my grandparents when I was younger. … Her grandparents are my grandparents now and so I have this extension of a family and it’s been really amazing.”

Gomez and Raisa have since recovered from the surgery, and the “Wolves” singer has been very vocal about her gratitude to her friend for the organ donation. In December, she tearfully donated her Billboard Woman of the Year honor to Raisa, saying that if it weren’t for her friend, she might not be there to accept the award. “To be honest, I think Francia should be getting this award,” Gomez said. “She saved my life.”