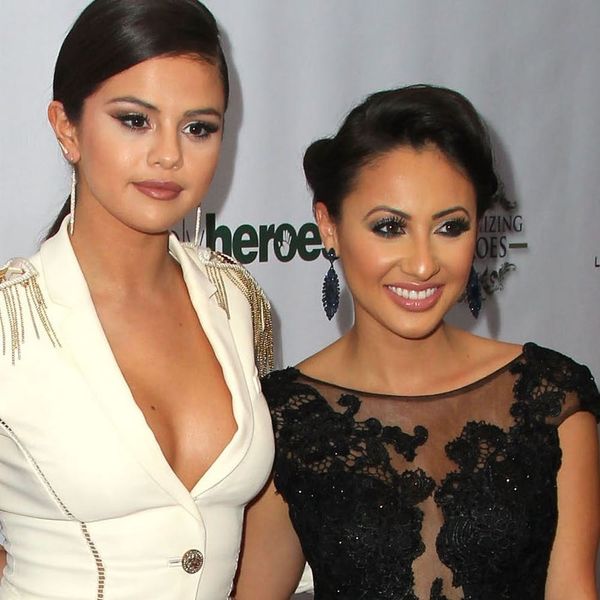 It was just last month that Selena Gomez shocked fans with the revelation that she had undergone a kidney transplant due to complications from her autoimmune disease Lupus, an illness she was first diagnosed with in 2013. Now, as the “Wolves” singer preps for her first performance at the 2017 American Music Awards since the operation, she and her BFF/donor, The Secret Life of American Teenagers actress Francia Raisa, are opening up about their shared experience in their first joint interview.

Raisa gave fans some insight about what it was like to be able to help her friend back in September with a post-op Instagram post, saying, “I am beyond grateful that God would trust me with something that not only saved a life, but changed mine in the process.” Still, the ladies have kept pretty mum about the operation to the press, promising to share the story in full “soon.”

That time has finally come, as the pals are telling all to Today’s Savannah Guthrie in a chat that will air on Monday and Tuesday of next week.

“You feel that Francia saved your life?” –@savannahguthrie
“Because she did.” –@selenagomez pic.twitter.com/2C2tzIvz1S

“My kidneys were just done,” the pop star says in the preview clip. “That was it. And I didn’t want to ask a single person in my life,” she said. Thankfully for Gomez, she didn’t have to, as Raisa stepped up on her own. “She volunteered and did it,” she quips.

When Guthrie points out that Gomez feels like her friend saved her life, the singer states clearly, and with obvious emotion in her voice, “Because she did. That’s it.”

I am beyond grateful that God would trust me with something that not only saved a life, but changed mine in the process. This was part of our story, and we will share it soon, but what is important now is that this is not the only story. For more information regarding Lupus, please go to the Lupus Research Alliance website: www.lupusresearch.org -- Love you sis, so glad we’re on this journey together. ❤️ xx

Whoa. This definitely looks like one to watch — consider our DVRs set!

Will you be watching Selena Gomez and Francia Raisa’s interview on Today next week? Let us know @BritandCo!

Desiree O
Desirée O is a ‘Professional Bohemian’ who loves anything and everything related to the arts, entertainment, and pop culture. She ADORES being a ‘Newsy’ for Brit + Co, covering all of the latest tidbits of awesomeness that you want to read about. When she’s not writing, she’s either making messy art, going on long adventurous walks with her camera, or poking around over at bohemianizm (http://www.bohemianizm.com/). You can find out about Desirée O and her work at http://DesireeO.com/ or follow her on Twitter @DesireeO.
Celebrities
Celebrity News
Celebrities Friends Selena Gomez