The 5 French “Mother” Sauces That Guarantee a Great Meal 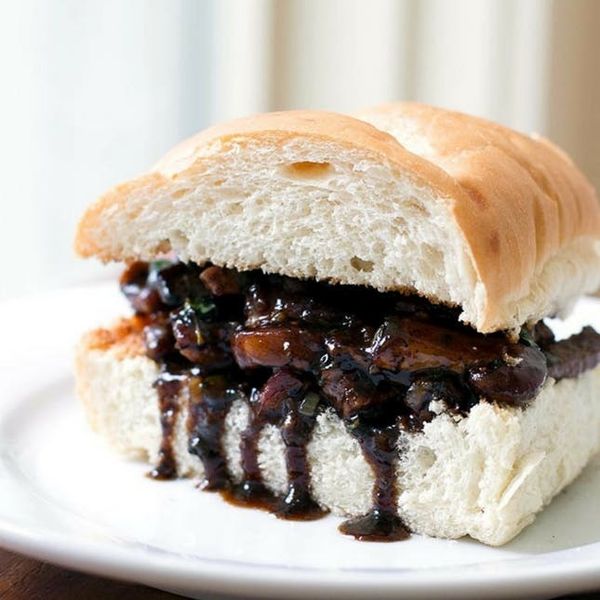 Sauce may be the single most important thing you can learn to make in the kitchen. When it comes to French cuisine, you only need to remember how to make five basic sauces from which you can build any number of dishes to impress your guests. But first, a little history on French sauce. In the 19th century, French chef Marie Antoine-Carême was the first to organize all the French sauces into groups that were based on four foundational sauces. It was only later that Auguste Escoffier came along and added the fifth and final sauce, hollandaise, when he wrote his 1903 classic Le Guide Culinaire. Since then, these five sauces have been seen as the foundation for many dishes and other sauces and are an indispensable part of classical and home cooking.  Before we list the five sauces, we need to talk about roux. Roux is fat and flour cooked together, which is then added to the liquid that you want thickened. When this mixture is brought to a boil, the flour thickens and you end up with a sauce. Four out of the five mother sauces are thickened by roux, so you should be comfortable making one before you begin. Once you are, it’s time to dive in and learn how to make the five French mother sauces.
Hollandaise Sauce: Hollandaise sauce as we know it is the modern descendant of an earlier sauce, believed to have been brought to France by the Huguenots. Today, we more closely associate the sauce’s warm, buttery flavor with brunch, but it's so much more versatile than that. Hollandaise sauce is wonderful served with poached fish, poached eggs, and poached vegetables. All you need is eggs, lemon, butter, pepper, and vinegar. If you really want to get fancy, make your sauce with clarified butter for the creamiest, smoothest sauce you’ve ever had. (via Leite’s Culinaria)
Béchamel: Sometimes simply known as white sauce, béchamel is the culinary equivalent of pure comfort. Although simple, it has a complicated history. Centuries ago, béchamel sauce used to also contain cream and eggs, a rich mixture fit for the kings and queens it was served to. It wasn’t until French culinary mastermind Auguste Escoffier simplified the recipe in the 19th century that béchamel sauce became the three-ingredient recipe it is today. It just takes milk, flour, and butter to make it. Even though it only has three ingredients, learning how to balance proportions to create the right consistency for this creamy sauce takes practice. Good thing it’s a delicious activity to practice! (via Mon Petit Four)
Sauce Espagnole: Cooking a Spanish sauce is not for the faint of heart or those who are new to the kitchen, as it requires that you produce a demi-glace and then infuse it with an assortment of herbs and root vegetables. Just know that this essentially requires you to make a meat jello that takes about 20 hours. It’s totally worth it, as this sauce is everything you want in an A1 steak sauce and more. Its deeply rich flavor deserves only the finest steaks to accompany it, but it’s also pretty darn good on mushrooms and potatoes. (via Girl Gone Gourmet)
Sauce Tomate: Tomato sauce might be the most classic sauce in existence. Made with (preferably) fresh tomatoes, herbs, and garlic, this basic recipe has been interpreted and adapted in more ways than anyone can count. Two excellent variations are to add a splash of red wine for a depth of flavor or a spoonful of pesto for a really Italian-esque flavor profile. No matter how you make it, add a half a carrot to help reduce the acidity of the tomatoes and incorporate some sweetness. (via Meg and Cook)
Velouté: This sauce sounds exotic, but it's really just a blank, buttery canvas made from stock, butter, and flour, on which you can build so many beautiful culinary creations. Chicken velouté is the most common, but there's also fish and veal velouté. Once you master the nondescript base, you can begin to create many different kinds of sauces — sauce vin blanc (white wine sauce), sauce suprême (velouté with cream), and sauce Parisienne (velouté, cream, and egg sauce) are just a few. (via Un Déjuner de Soleil)

Do you have another sauce that you think is absolutely essential? Tell us about it @BritandCo!

Do you have another sauce that you think is absolutely essential? Tell us about it @BritandCo!