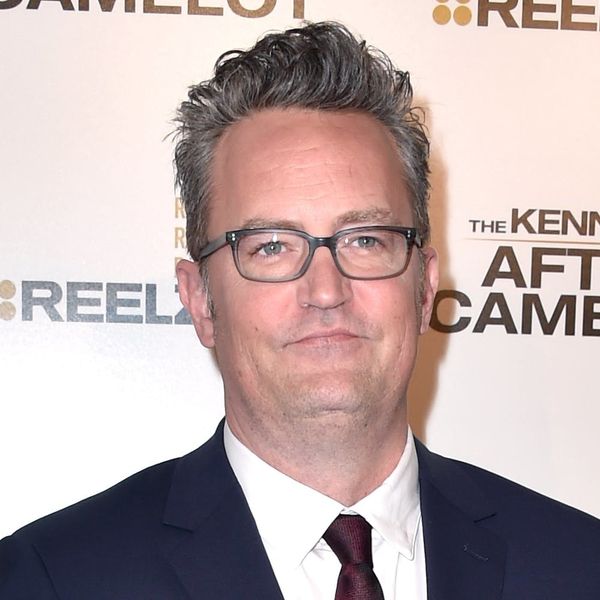 The thirst for Canada’s Prime Minister Justin Trudeau is real, not only for his crush-worthy looks (seriously, have you checked out his hottest pics, which totally took over the internet), but also for his political moves, like pledging $650 million in support of Global Women’s Health Initiatives. But it turns out that Trudeau hasn’t always been on the receiving end of adoring fans. Back in the day, he actually was the target of jealousy, which resulted in a beating at the hands of Friends’ Matthew Perry.

While sitting down to chat on Jimmy Kimmel Live, the actor revealed that not only did he go to school with the now-Prime Minister (whose father happened to be Prime Minister at the time), but Perry wasn’t exactly, er, nice to Trudeau.

In fact, despite Justin Trudeau being two years younger than Matthew Perry (who was in fifth grade at the time), the future Friends star was jealous of the younger student’s athletic abilities. So, he and a friend beat Trudeau up. Yikes.

Admitting that it’s obviously not something he’s proud of, Perry also apparently thinks that his actions may have led to Trudeau wanting to “rise above” the sitch which, natch, put him on the road to becoming Prime Minister. Or at least that’s what Matthew Perry is telling himself to make his former bully-self feel better.

We’re sure Justin Trudeau is totally over it by now. Ya know, considering he’s young, hot, and a world leader.

What do you think about Matthew Perry’s admission that he once beat up Justin Trudeau? Let us know @BritandCo!