Get Excited: You Might Soon Be Able to Rent the Original Full House House 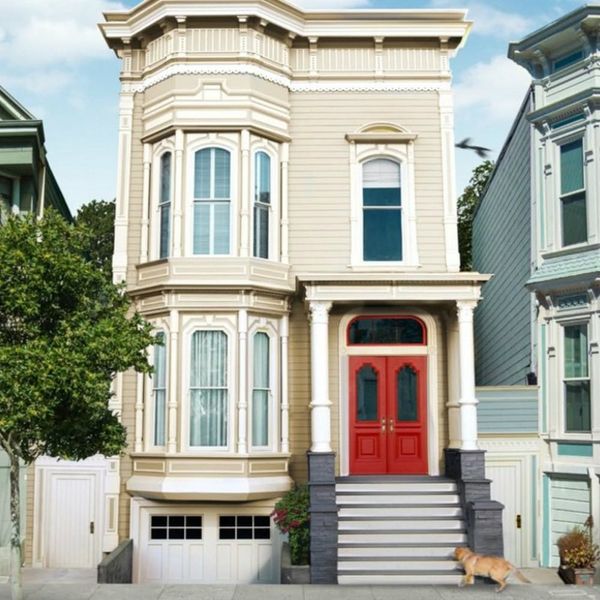 Fuller House ‘s second season will be hitting Netflix on December 9, but while we’re having a blast reliving our childhood via the boob tube, the rumor that we might soon get to experience it IRL has us seriously stoked.

“The house came on the market, and really, I just thought, ‘I have to buy the house,’” he told the Hollywood Reporter. “I’m so sentimental about the house. It’s great to have the house in our Full House family and be able to preserve it for the fans.”

His first order of business was repainting the front door, which had since been painted green, back to its iconic red color: good news for the estimated 250 fans that stop by per day to snap selfies.

But that’s not all. With hopes to announce a season three of Fuller House soon, Jeff has some big plans up his sleeve. For starters? He wants to bring the cast there to film, as well as host them for private events (like, say, a slumber party for the show’s upcoming 30th anniversary next year).

The best news of all, however, comes in the fact that fans (just like you and me), could soon live in the house: Jeff wants to make it available for rent (after an upcoming estimated six months of construction to bring the house up to code, that is). “It’s a shame to let it sit empty,” he told the outlet. “I will be renting it out, but I’m not sure yet what, where, when or how. At some point soon I will figure that out.”

In the meantime, he’s busy enjoying a few housewarming guests.

My first visitor was Cosmo! This is real. Our dog was in SF and surprised me

The first visitor to stop by? None other the Cosmo, the Fullers’ new dog, which DJ’s son adopted from Steve.

“This is real,” Jeff wrote. “Our dog was in SF and surprised me.”

Awww, how sweet! He wasn’t the only visitor Jeff received, though.

As Candace Cameron Bure, Steve and other cast members revealed over the weekend, the whole gang gathered in San Fran for the day to hang with Jeff at his new pad.

What a day! Our own Fuller handprint ceremony 🖐🖐 commemorating the Fuller House house 🏡 in San Francisco!

The party included a hand-print ceremony, for which everyone was all smiles — except for Mary Kate and Ashley, of course, who sadly didn’t seem to be in attendance.

No matter: Now that Jeff owns the house, there’s still plenty of time for them to visit! *wink, wink*

Would you want to stay in the Full House house? Tell us over @BritandCo!