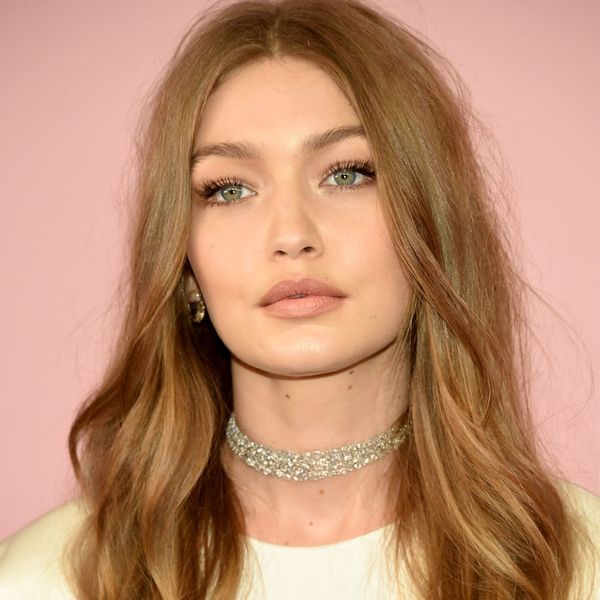 Gigi Hadid and her siblings definitely have their mom’s modeling genes. Before settling down to start a family, Yolanda Hadid dominated magazines and runways — so for her kiddos, the apples don’t fall far from the tree. Gigi debuted a drastic new pixie hairstyle in her latest Stuart Weitzman campaign, and we did a double take.

Hadid’s pixie cut isn’t the only reason we had to look twice at the Fall/Winter 2017 ads, which feature the model in various black and white styles paired with the must-have boots of the season. The short ‘do, which ended up being a wig, gave us major Yolanda vibes.

These days, Yolanda wears her flaxen hair in a short cropped style, and Gigi looks SO much like mama when she sports a similar cut (sure, it’s a wig, but still!).

We’re so used to seeing the younger Hadid with her signature long locks, it’s easy to forget the resemblance unless the mother-daughter duo are side by side.

Of course, this isn’t the first pixie fake-out we’ve gotten from Gigi. In an April Fool’s snap earlier this year, she pretended that she had cut off all her hair. It turned out to be all in good fun for the holiday, but it easily could have been mistaken for a Yolanda throwback.

It seems like Gigi’s signature long golden locks aren’t going anywhere soon. But if her latest Stuart Weitzman photos (not to mention her mom!) are any indication, the supermodel could definitely work the cropped cut. Like mother, like daughter.

Do you see the resemblance? Tell us what you think of Gigi Hadid’s cropped cut @BritandCo!

Elyse Roth
Elyse Roth is a freelance writer and editor who is a midwestern transplant in NYC. She loves to explore the city, plus you can find her at a Broadway show or the ballet usually once a week. When she's not finding things to do in New York, she's thinking about where she can travel next. She's combined her love for food and TV into a blog where she makes food eaten on her favorite TV shows at tvdinnerblog.com.
Celebrity Hair
Hair
Celebrity Hair Haircuts
More From Hair