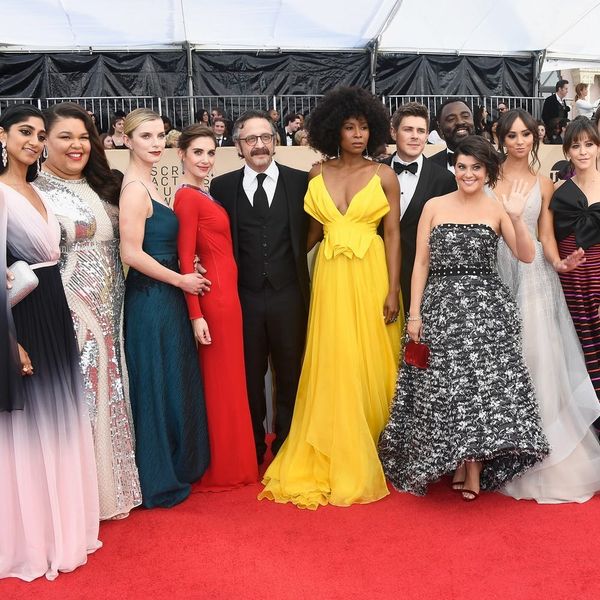 Pardon the wordplay, but the GLOW cast is positively glowing at the 2018 SAG Awards tonight. The costars, who were nominated for Outstanding Performance by an Ensemble in a Comedy Series, posed together on the red carpet at LA’s Shrine Auditorium before the ceremony, and we are LOVING the photos.

“I’m so excited to be here with my entire cast. … It’s just wonderful to have all the women here,” Brie gushed to E! red carpet host Giuliana Rancic.

Of what drew her to the series itself, she added, “I think it was the writing itself was so fantastic on the show, and I liked that it really fulfilled everything that I was looking for as an actor. The show has comedy and drama and physical action, you know, unlike anything I had done before. So it just felt very exciting to me, and different.”

Brie was also nominated for Outstanding Performance by a Female Actor in a Comedy Series, which ultimately went to Veep‘s Julia Louis-Dreyfus.

Season 2 of GLOW began filming last fall. A release date has not yet been announced.

Are you looking forward to season 2 of GLOW? Tell us @BritandCo!