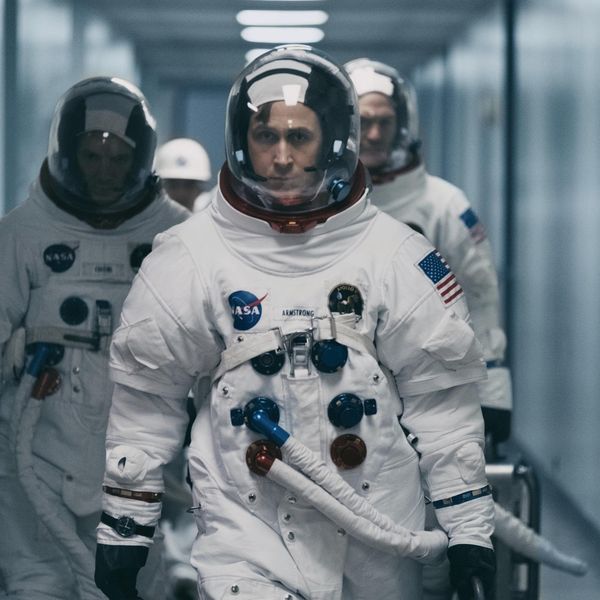 The 2019 Golden Globe nominations were announced on Thursday, December 6, highlighting the best in film and television over the past year. While predicted awards season leaders such as A Star Is Born and The Marvelous Mrs. Maisel had strong showings, there were — as always — some surprising omissions, too. Click through to read about the most surprising 2019 Golden Globes snubs. (Photos via Colleen Hayes/NBC + Merrick Morton/Twentieth Century Fox + Daniel McFadden/Universal Studios + Merie W. Wallace/HBO)

Ted Danson: The Good Place finally found a well-earned a spot in the Best Television Series, Musical or Comedy category, and star Kristen Bell nabbed herself a place in the Best Performance by an Actress in a Television Series, Musical or Comedy category, but unfortunately, and surprisingly, the dazzling Ted Danson was left out of the race for best actor. (Photo via Colleen Hayes/NBC)

Maniac: Emma Stone earned a best supporting actress nomination for the period drama The Favourite, but she was excluded for what many saw as an outstanding performance in Netflix's Maniac. The show was also shut out of the limited series category. (Photo via Michele K. Short/Netflix)

Atlanta: Donald Glover earned a nomination in the Best Performance by an Actor in a Television Series, Musical, or Comedy category, but Atlanta season 2 was shut out of the comedy series category, and costar Brian Tyree Henry, AKA Alfred "Paper Boi" Miles, was omitted from the supporting actor race. (Photo via Guy D'Alema/FX)

Succession: The word-of-mouth hit HBO dramedy is due for an awards show breakout — but it won't happen at the 2019 Globes. Only Kieran Culkin earned a (well-deserved) supporting actor nomination for the compelling limited series. (Photo via Craig Blankenhorn/HBO)

Issa Rae: After back-to-back nominations for Best Performance by an Actress in a TV Series, Musical or Comedy — and despite shining in season 3 — the Insecure star missed out on a third consecutive nod this year. (Photo via Merie W. Wallace/HBO)

This Is Us: The NBC tearjerker has had strong representation at the Globes two years in a row, and even nabbed a win for Sterling K. Brown in 2018, but season 3 was a no-show on the HFPA's list of nominees. (Photo via NBCUniversal)

Patrick Melrose: The Showtime series was heavily favored for a nod in the limited series category, but other than an acting nom for star Benedict Cumberbatch, the show came up short. (Photo via Justin Downing/Showtime)

Widows: Steve McQueen's action drama seemed poised to deliver, at the very least, a best actress nomination for star Viola Davis, but it was shut out across the board. (Photo via Merrick Morton/Twentieth Century Fox)

Mary Queen of Scots: Despite early awards show buzz around the historical drama, Mary Queen of Scots had a quiet start to the season with no noms for the film or its stars Saoirse Ronan and Margot Robbie. (Photo via Liam Daniel/Focus Features)

If Beale Street Could Talk: Barry Jenkins' latest drama did earn nominations in several top categories, including Best Motion Picture, Drama, but Jenkins himself was snubbed in the best director race, and Nicholas Britell's absence from the best original score category is a notable upset. (Photo via Tatum Mangus/Annapurna Pictures)

A Quiet Place: Early awards season chatter had John Krasinski in the best director race, and Emily Blunt among the contenders for best actress, but A Quiet Place's only nomination at the Globes was for best original score. Perhaps the unconventional horror movie is too outside the awards institution's comfort zone after all. (Photo via Jonny Cournoyer/Paramount Pictures)

First Man: Claire Foy earned a nomination for Best Performance by an Actress in a Supporting Role in a Motion Picture, but otherwise, Damien Chazelle's Buzz Armstrong biopic was shut out — meaning no best actor nod for Ryan Gosling as the famous astronaut. (Photo via Daniel McFadden/Universal Studios)

The Hate U Give: The powerful, timely film and its star, Amandla Stenberg, were sadly shut out at this year's Globes. (Photo via Erika Doss/Twentieth Century Fox)

The Haunting of Hill House: Netflix's surprise hit horror series didn't receive a single nomination, despite wide critical acclaim for both the show itself and the performances of its cast. (Photo via Steve Dietl/Netflix)