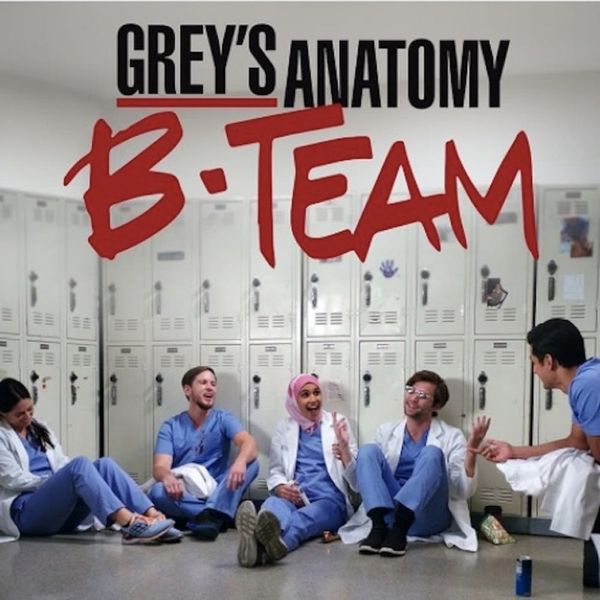 While we’ve been caught up in all of the excitement over the Grey’s Anatomy firefighter spinoff (which is set to premiere Thursday, March 22), the people behind the scenes have been working on another offshoot of the beloved medical show. As of this week, the Grey Sloan Memorial interns have their own digital series — and you can dive into the action right now!

While waiting for #GreysAnatomy to return next week, binge the entire 6-part Digital Series of #GreysAnatomyBTeam on ABC.com/ABC App or on the Grey's Anatomy Facebook and Twitter accounts.

Grey’s Anatomy: B-Team, which consists of six episodes that run just a few minutes each, takes viewers into the lives of the young doctors as they navigate the beginning of their careers. “A fresh crop of interns face their first day at Grey Sloan Memorial Hospital,” the show description reads. “Can these new surgeons survive the pressures of high-stakes medicine, intimidating attendings, and cutthroat competition?” We’ll just have to watch to find out!

“It’ll be similar and different,” executive producer and showrunner Stacy McKee told E! News. “It was a priority for me in thinking about this as a Grey’s Anatomy spinoff that it works hand-in-hand with Grey’s and was similar in both tone and intensity and humor and heart.”

You can watch Grey’s Anatomy: B-Team now at ABC.com and on the ABC app. If social media is more your style, each episode will be available on Twitter and Facebook too.

Here are the first two episodes to get you started:

Check out Episode One of the #GreysAnatomyBTeam : Under the watchful eye of Chief Bailey, the interns set out on their first shift at Grey Sloan. pic.twitter.com/FYPz51sTXX

Will you be checking out Grey’s Anatomy: B-Team? Let us know @BritandCo!