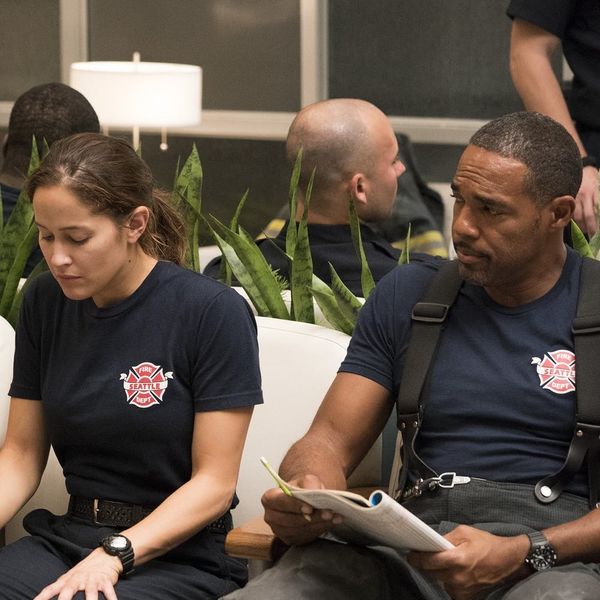 As the March 22 premiere date of the firefighter-themed Grey’s Anatomy spinoff gets closer, more details on the cast and story lines are being revealed. But there’s still one major thing missing from the Shonda Rhimes-produced drama: It doesn’t have a title.

“The truth of the matter is coming up with a title is one of the most challenging things we do,” ABC president Channing Dungey said at a Television Critics Association panel this week. “We’ve gone through a number of different options and ideas. We want to make sure what we stick on it is the perfect piece.”

It’s also tricky since there’s a popular firefighter drama already airing on another network. Chicago Fire has been on NBC since 2012, which is why ABC’s Seattle-based drama won’t simply be called Seattle Fire.

Dungey said, though, that they’re down to their final few options and expect to make a decision in the coming weeks, but that sticking with the unofficial “Grey’s Anatomy spinoff” title for as long as possible isn’t a bad idea, either: There’s no denying the recognition and star-power associated with the name of the longest-running scripted primetime show currently on ABC.

It makes sense, too, since the Grey’s Anatomy spinoff will be an extension of the existing show’s world, as showrunner Stacy McKee recently told EW. “I mean, how many times have we seen first responders in the background rushing into the breezeway, dropping off patients and leaving?” she said. “This way, we just get the chance to jump back into the rig with them and drive away.”

As for a hint at a possible title? Dungey was tight-lipped, but did admit there’s an inside joke one that the cast and crew have been using behind the scenes: Blaze Anatomy.

What do you think the Grey’s Anatomy spinoff should be called? Let us know @BritandCo!