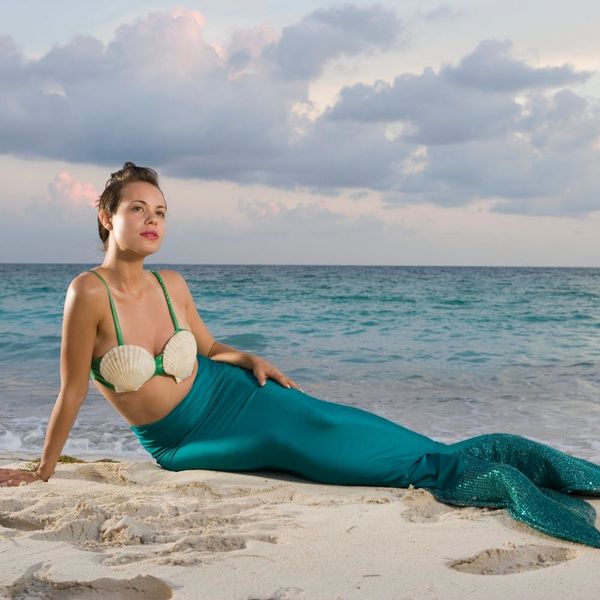 Unicorns and mermaids may have a tight grip on the beauty and fashion world, but the latest viral pic might just be gross enough to kill the trend (maybe?). Last week, make-up artist Channing Carlisle posted a jaw-dropping photograph of her work that has gone viral. Warning: The image is pretty gruesome.

Using special effects makeup, Carlisle created the illusion that one of her legs had been ripped open in two places, revealing scales underneath. The image looks so realistic that we had to take a second look. Despite battling your gag reflex, there’s no denying that Carlisle is one talented special effects makeup artist.

If you’re curious, she posts quite a bit of her work on her Twitter and Instagram feeds. While she definitely has a knack for the grotesque (beware, folks with weak stomachs), she’s also phenomenal at G-rated transformations. This spot-on version of the Grinch deserves an award!

What do you think of Channing’s work? Tell us @BritandCo!