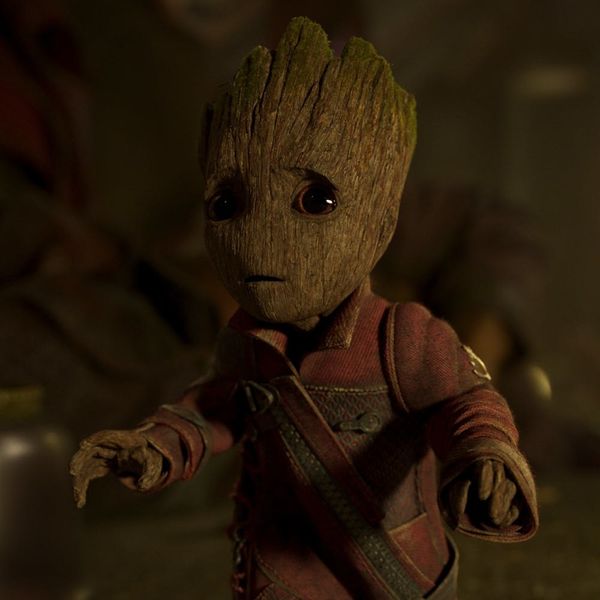 It’s been almost four years since Groot made the ultimate sacrifice in order to save his friends at the climax of the action in 2014’s Guardians of the Galaxy. But some fans are only now realizing — thanks to a tweet from director James Gunn — that Baby Groot is NOT just a tiny version of OG Groot, and that, as heartbreaking as it is to accept, OG Groot is dead.

Gunn’s tweet came about when a Twitter user challenged him by saying that Groot’s demise wasn’t a full death because “you can grow Groot back, as evidenced in your film.”

It turns out that, even though Rocket tells Groot that saving their friends means Groot will die, some fans thought that the appearance of a baby version of the life-form in the sequel meant that Groot was able to regenerate.

But that’s not the case. As Gunn confirmed (and not for the first time) on Twitter, “First Groot is dead. Baby Groot is his son.”

First Groot is dead. Baby Groot is his son.

He went on to explain — again, not for the first time — that “Baby Groot has a different personality, a different body, and no memories of adult Groot.” He also added that the death had to happen the way it did because that way “adult Groot’s sacrifice actually meant something.”

The internet is like Groundhog Day every time I point out first Groot died. Baby Groot has a different personality, a different body, no memories of adult Groot & adult Groot’s sacrifice actually meant something. New round of news stories & collective gasping again & again. https://t.co/gvx7c0g2fF

To be fair, the confusion may not be totally unwarranted. The director was initially unclear about Groot’s fate, saying in January 2015 that “Groot might be dead” and then in September 2016 that the circumstances around the character were “complicated.”

On multiple occasions since then, though, he has clarified those circumstances. “Baby Groot is not Groot,” he said in a March 2017 interview with SFX Magazine. “He’s a different character and he does not have that character’s memories. He’s stupid — he’s a baby, he’s an idiot! So changing that character to Baby Groot was a hugely important element in crafting this story.”

He then followed that in September 2017 with a Facebook post explaining, “Although I don’t necessarily think it’s obvious in Vol. 1, it’s important to say that if you exploded and a little glob of you started growing into a baby, I would not assume that baby was you. I do think it’s more obvious in Vol. 2, as Baby Groot has a different personality than Groot, none of his memories, and is much, much dumber.”

Did you know that baby Groot was Groot’s son? Let us know @BritandCo.