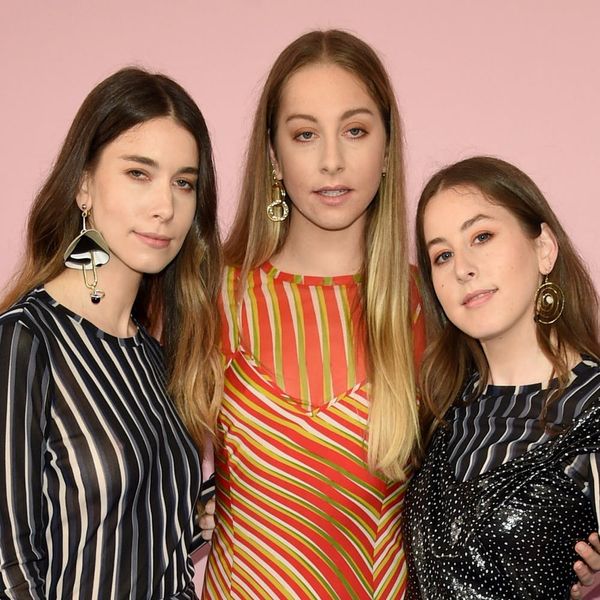 It looks like we’re not the only ones who are reveling in the fact that Shania Twain is back with brand new music. (Have you peeped her joyously uplifting “Life’s About to Get Good” video yet?) Sister group Haim may have one of the hottest songs of summer 2017, but they also fangirl out over Shania: In fact, as sister Este joked in a recent radio interview, “I think that’s one of the boxes that you have to tick if you want to date any of us: You have to be a Shania Twain fan.”

In addition to making Shania fandom a dating prerequisite, the trio performed “Man! I Feel Like a Woman” at a pop-up show, and also introduced us to their own gorgeous version of “That Don’t Impress Me Much.”

It was while appearing on the Triple J. Australian radio show that the ladies, who were on hand to promote their latest album, Something to Tell You, tackled one of their favorite tunes by the pop country crooner.

Though it may take a moment or two to get used to the changes they’ve made, as they’ve slowed down the classic hit quite a bit, once you do… OMG. The harmony of their voices makes for a seriously lovely take that we’re betting even Shania herself would love!

Check it out in full below.

What do you think about Haim’s version of Shania Twain’s “That Don’t Impress Me Much”? Let us know @BritandCo!