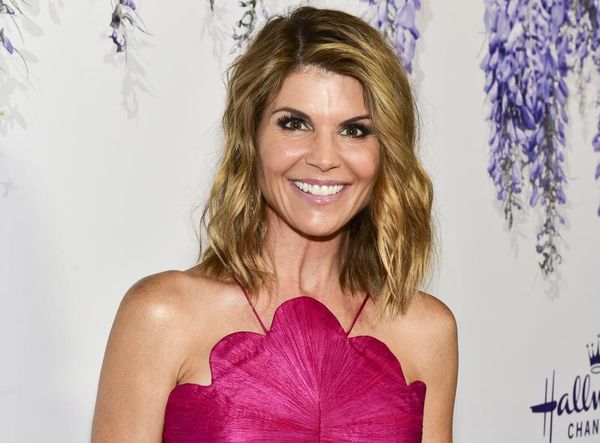 Lori Loughlin has been a Hallmark Channel mainstay for years. But on Thursday, March 14, amid the ongoing college admissions scandal in which Loughlin now finds herself charged with alleged fraud, the network announced that it will no longer work with the actress and has halted development on her current and future projects.

“We are saddened by the recent news surrounding the college admissions allegations,” Hallmark’s parent company, Crown Media, said in a statement, according to Variety. “We are no longer working with Lori Loughlin and have stopped development of all productions that air on the Crown Media Family Network channels involving Lori Loughlin, including Garage Sale Mysteries, an independent third party production.”

In addition to Garage Sale Mysteries, Loughlin starred in the Hallmark Channel series When Calls the Heart. In fact, she was reportedly in Canada to film the next installment when the news of the scandal broke. On Wednesday, she returned to the US to surrender to the FBI and face allegations that she, along with dozens of others, including actress Felicity Huffman, paid bribes to help get their children into college.

According to Loughlin’s IMDb page, there were four Garage Sale Mysteries movies in the works — one filming, and three in the pre-production stage. It’s not clear yet whether the role will be recast, or if/how When Calls the Heart will proceed without her.

RELATED: The College Admissions Scandal Is a Parable About Wealth Inequality in America