Happy About the Midterm Elections? Thank Black and Latinx Voters 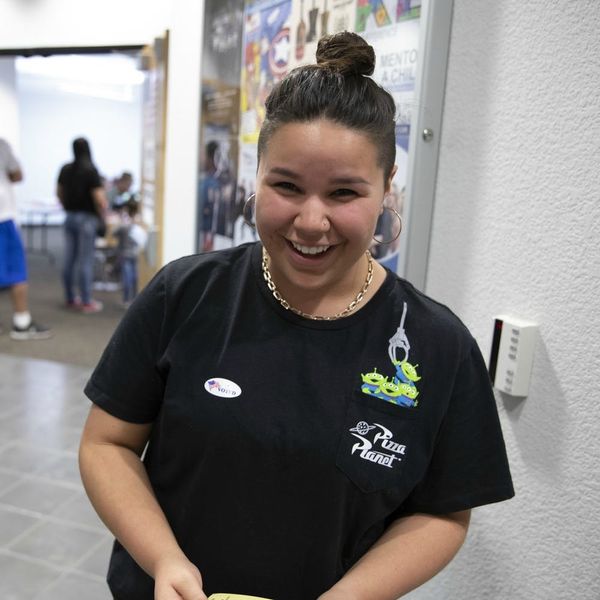 The 2018 midterm elections saw an extremely high number of early voters across party lines, and it appears that, according to early data, Tuesday’s elections saw the highest midterm election turnout in 50 years, too. While there wasn’t quite the blue wave of Democratic wins that some people were hoping for, the party saw a large number of progressive candidates win their seats in the House.

With an historic number of women candidates, non-white candidates, and even the first openly gay US governor elected in Colorado, progressive politics seem to be the future of the Democratic party, and maybe of US politics in general — and we have Black and Latinx women voters to thank for that.

Drilling down to some of last night’s electoral nail-biters, we see the same trends. Although he lost his Senate race in Texas, Beto O’Rourke showed that a progressive wave is growing in the staunchly red state, and that’s thanks largely to the women of color who turned out to vote.

In Georgia, where a runoff is expected between Democrat Stacey Abrams and Republican Brian Kemp, 97 percent of Black women voted for Abrams, whose platform includes electoral reform, gun control, and more affordable housing, among other issues.

During her victory speech last night, progressive New Yorker Alexandria Ocasio-Cortez reminded the crowd that whether there were losses (like O’Rourke’s), or gains (like hers, Deb Haaland’s, Ilhan Omar’s, and the nearly 100 other women who won House seats last night), progressive politics are gaining support. That’s something to be proud of across the US, the 29-year-old Congresswoman-elect suggested.

“When we advocate and champion the causes of our neighbors and our economic dignity, and come with innovative and ambitious plans for our future, there is no state beyond our grasp, and no community beyond victory,” she said. “We just need to keep at it.”