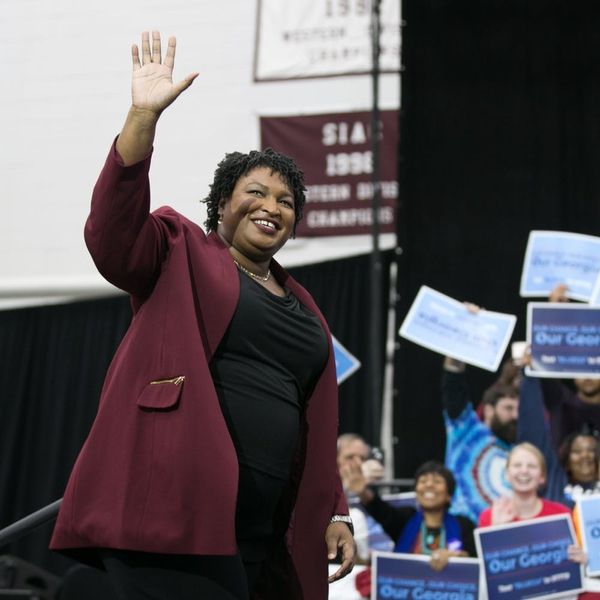 With all eyes on the midterm elections on Tuesday, November 6, 2018, politicos and people following the polls are watching not just to see who will take the House and Senate when the dust settles, but also what will happen within both political parties on the ballot.

While the Republicans seem to be forging ahead with policies and attitudes set forth when President Trump was inaugurated in 2017, the Democrats could be facing two very different scenarios: their old standby positioning, which is cautious and centrist, or the start of a new, more progressive party, seemingly unafraid to take chances. And it all hinges on who wins tonight.

In campaigns across the US, we’ve seen progressives like Alexandria Ocasio-Cortez, Stacey Abrams, and Beto O’Rourke excite the electorate with their campaigns and talking points including free university tuition, abolishing ICE, stricter gun control, automatic voter registration, and an end to militarized border control, to name a few issues.

What sets these candidates apart from the pack is that, by and large, the Democratic party has, over the last several years, remained centrist or neutral on a number of issues. Some people, such as Slate‘s Ben Mathis-Lilley, have argued that it seems party leaders like Nancy Pelosi and Chuck Schumer are more worried about wooing centrist Republicans than actual political progress.

“The toothlessness of establishment Dems is even somewhat understandable,” he writes, “given the way Pelosi, Schumer, and others came of age in an era in which the deployment of cautious, folksy rhetoric was a winning strategy.” That folksy strategy that Mathis-Lilley points to did wonders for then-candidate Bill Clinton. But in 2018, it appears that more voters are pushing for straight talk and real change than cute turns of phrase and cautious positioning.

Take Florida’s gubernatorial Democratic candidate Andrew Gillum: Unlike some of the Democratic party’s voices, Gillum has been quite clear in calling out racism, particularly from his opponent, the Trump endorsed Rep. Ron DeSantis, who Gillum not only demolished during their most recent debate, but turned into somewhat of a midterm meme.

After calling out DeSantis’ connections to a known Islamophobe, Gillum told the debate crowd, “My grandmother used to say, ‘A hit dog will holler,’ and it hollered through this room… Now, I’m not calling Mr. DeSantis a racist, I’m simply saying the racists believe he’s a racist.”

Elsewhere, with candidates like Ocasio-Cortez proudly calling herself a Democratic Socialist, pushing for more government support, more economic democracy, and more support of women, children, and immigrants, the face of the Democrats could very well become more like the one Bernie Sanders envisions and less like the party that is currently floundering in Congress today.

But that doesn’t mean that the party’s centrists are sitting ducks. In Tennessee, Democrat Phil Bredesen is poised to take his senate seat based on support from centrist Republicans in the red state (thanks, probably, in part, to Taylor Swift’s plea that folks get out and vote for change).

For both far-left and left-of-center Democrats, the party is gaining support across party lines, especially in areas like health care, LGBTQ+ rights, and immigration. And when today’s election results come in, we’ll be able to get a clearer picture on just where the party will be heading for the 2020 presidential election. It just depends on which Democrats get elected.

Kat Armstrong
Kat has been a writer, social media maven and mom for longer than she's willing to admit. She's also spent time in front of and behind the camera, interviewing celebs, politicians and acting as a producer for fashion and artistic photography shoots. When she isn't writing for various orgs and publications, she's hanging with her kids, husband and French Bulldog, Peter, in Toronto, Canada.
Election Day
Politics
Election Day Politics