In the Georgia Gubernatorial Race, Stacey Abrams Isn’t Conceding Yet 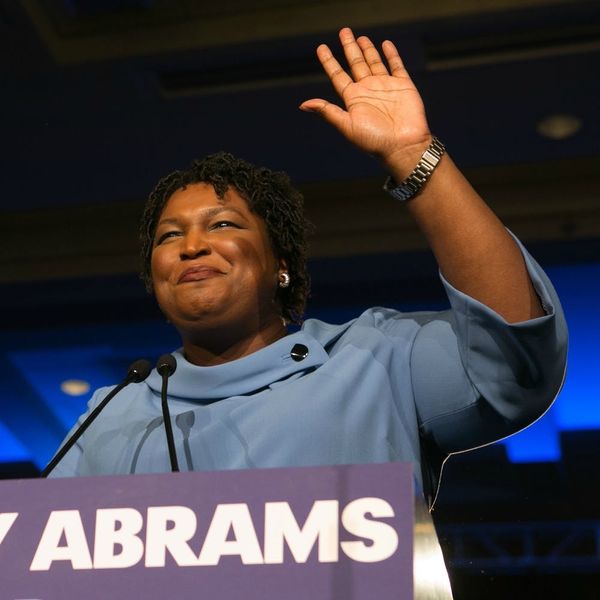 As of early Wednesday morning, Georgia gubernatorial candidate Stacey Abrams hadn’t conceded to her competitor, state’s Attorney General Brian Kemp. While Kemp has 1,962,547 votes to Abrams’s 1,887,161, Georgia’s race is unique: if the two candidates come within 10 percent of each other, a runoff election — basically, a second election — can be called. And with thousands of yet-to-be-counted absentee ballots, it’s likely that the two will head into a runoff in early December.

“I’m here tonight to tell you votes remain to be counted. There’s voices that are waiting to be heard,” Abrams told supporters late into election night. “Across our state, folks are opening up the dreams of voters in absentee ballots, and we believe our chance for a stronger Georgia is just within reach. But we cannot seize it until all voices are heard. And I promise you tonight, we’re going to make sure that every vote is counted.”

In a statement to CNN, Abrams’ team said that there are seven counties that have yet to count absentee ballots totaling approximately 77,000 votes. Kemp currently leads with 75,386 votes, and even if Abrams only has half of those absentee ballots, it’s enough for her to spark a December 4th runoff.

The Georgia election has been mired in controversy, in part because Kemp refused to step down as Georgia attorney general while running for governor — a move that was called a conflict of interest. Kemp has purged voter rolls of more than 53,000 registrations, which has disproportionately affected Black communities who tend to vote Democrat in the state.

And during yesterday’s election, there were problems at several polling places in the state, including no electrical plugs for voting machines, a lack of paper ballots, and lines so long that some people had to abandon them in order to head to work or elsewhere. In fact, the wait times and irregularities were so bad that it caused several polling places to stay open up to two hours later than usual.

Although Democrats tend not to do well in runoffs in the state, the Atlanta Journal-Constitution notes that a runoff could actually be helpful for Abrams. State law prohibits sitting members of state legislature to campaign for funds, and the General Assembly is planning on several high stakes votes between now and the proposed runoff date. Because Kemp refused to resign from his seat, he would be barred from actively campaigning for money for at least one of three weeks before the runoff.