Ted Cruz May Have Won the Senate, But Beto O’Rourke’s Influence Has Only Begun 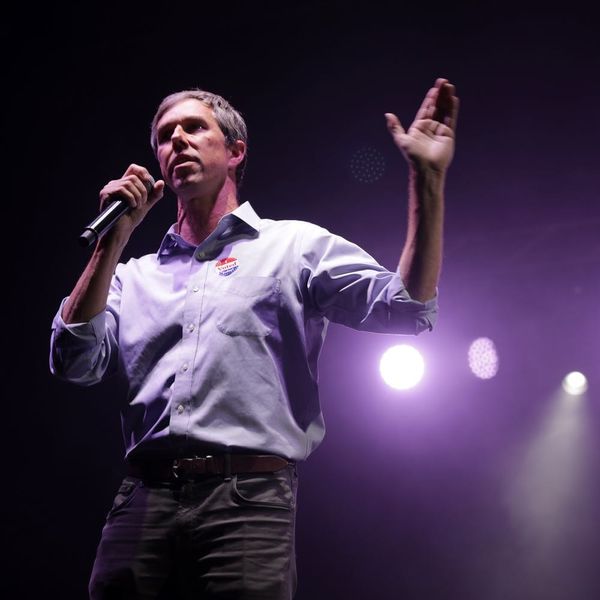 Incumbent Texas senator Ted Cruz won Tuesday’s midterm election, defeating Beto O’Rourke by less than a three-percent lead. The race was close all evening, with the lead contender switching back-and-forth like a tennis match over the course of the vote count. Early projections looked favorable for O’Rourke, who held a lead by a slight margin, but around 10:30pm EST, the race was called for Cruz.

“I will work with him,” O’Rourke said during his concession speech from El Paso. “Tonight’s loss does nothing to diminish how I feel about this state or this country.” O’Rourke, clearly emotional while speaking to the crowd, continued in his message of unity, saying, “Our greatest days are still ahead.”

“El Paso, I love you so much. I am so proud of you and this city and what you mean to this country. What you have achieved in this country…I have listened to you,” he said.

O’Rourke also spoke of his campaign’s achievements, including not taking any money from PACS. “I am so f*cking proud of you guys,” he said, to cheers. “We built a campaign that no one thought was possible. I am forever changed in the most positive and profound ways. I believe you, I believe in Texas, I believe in this country. I love you more than words can express.”

He finished by saying: “We will see you down the road.” Could this signal a future run? Time will tell.

Despite the win for Cruz, it’s important to note the gains that O’Rourke garnered in his year of campaigning. Sure, O’Rourke was championed by celebrities like Beyoncé (who endorsed O’Rourke in the last hours of voting on Tuesday). But it wasn’t just the rich and famous who were moved by O’Rourke, but rather the youth, the hopeful, the undocumented, the DACA beneficiaries, and those seeking change.

.@BetoORourke's campaign inspired America and showed the world there's far more that unites us than divides us. Thanks to all the staff and volunteers who brought us closer to victory in Texas than many thought was possible. Keep getting after it.

That is why so many voted early, and why the Latinx community showed up on Election Day to vote. That surge to the polls, and O’Rourke’s close race against Cruz, prove how much he inspired Texans. His words inspired countless volunteers to fight for social justice.

Unfortunately for those displeased with the status quo, Texas will remain under Cruz’s policies: anti-immigrant (despite being the son of an immigrant himself), anti-DACA, anti-health care for all, and definitely anti-woman.

O’Rourke had been a vocal proponent of DACA, saying earlier this year: “My position, and I feel like El Paso’s position, has to be that we want a clean Dream Act,” he said, according to NPR. “That means ensuring that those 800,000 Dreamers, at least 200,000 of which live in the state of Texas, many thousands in El Paso, are able to continue to thrive and contribute to the success of our communities. Really important point, this is not just about what’s good for Dreamers and their families. It’s about what’s good for the United States of America and for the state of Texas.”

While many will be sad and disappointed with this loss, who knows: O’Rourke may just win with a recount or maybe, if we’re really lucky, we’ll see him again in 2020. He said that he wouldn’t run for president, but that was two days ago. Tonight he spoke from the heart and said: “We’ll see you down the road.” So, we will take that as a (hopefully) yes.