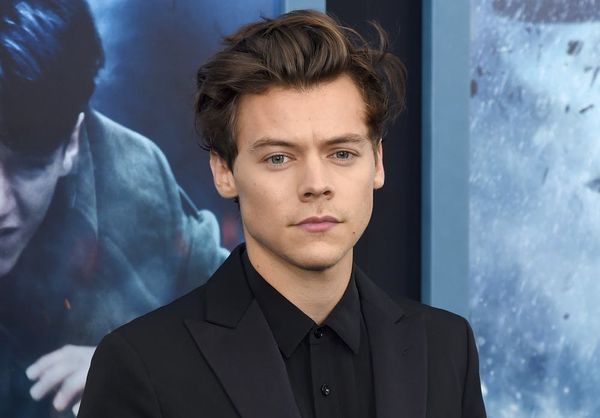 Halloween isn’t until Wednesday, but a slew of stars got together on Friday, October 26, to celebrate the spookiest day of the year in major style at the annual bash hosted by Casamigos, the tequila brand co-founded by George Clooney, Rande Gerber, and Mike Meldman. There were a lot of great costumes, but Harry Styles may have won the evening — and the entire holiday! — with an epic Elton John costume.

The party, held at Meldman’s mansion in Beverly Hills, had a star-studded guest list, which, as E! reports, included Paris Hilton (who went as a Furby!), Nicky Hilton (who wore her sister’s iconic 21st birthday outfit), Cindy Crawford (who portrayed rock star Blondie), Brody Jenner (who gave a nod to Scarface), and Styles.

The former One Direction boy bander went all out (we’re talking Heidi Klum level!), donning a bedazzled Dodgers uniform and hat paired with oversized pink sunglasses — a perfect nod to the outfit worn by the Rocket Man himself when he played at Los Angeles’ Dodger Stadium back in 1975.

The Gucci remake of the outfit was so on-point, it got the ultimate seal of approval from the legendary musician, who shared a snap of Styles and wrote, “Now that’s what I call a Halloween costume!”

Styles’ tribute to John coincides with buzz surrounding the upcoming release of the Elton John film Rocketman, which is slated for 2019. Not only that, but party guests were watching the Dodgers compete in the World Series on a huge TV in one of the main rooms throughout the night. Talk about a home run!

What do you think of Harry’s Elton John costume? Tweet us @BritandCo.