The 6 Healthy Food Trends You Should Be Trying Right Now 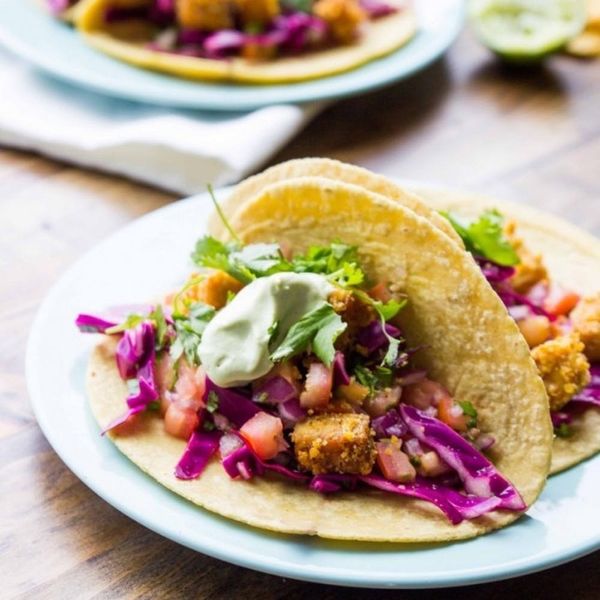 When it comes to eating healthier, some of us try to set some easy-to-keep food resolutions at the start of the year. Others go for some healthy comfort food recipes. But as the weather gets warmer and fresh produce begins to hit the farmer’s markets, exploring new ways to eat right starts to creep higher and higher on our to-do list. You may be wary of some of the more exotic health food trends, but there’s no time like the present to try something new. We tapped some of the top food bloggers and writers to figure out what new foods are hitting the health-food scene. From pulses (um, what?) to fermented foods, here are the six healthy trends rushing the scene in 2016 that you should try right now.

Eat everything in a bowl

Michelle Buffardi, site director for FoodNetwork.com, says it best: “Bowls are still really popular — I think we’ll continue to see this in the fast food world as well, beyond the salad toss.” We see this fad in play with the emergence of smoothie bowls in particular. Gina Homolka of Skinnytaste.com adds, “We’re no longer sipping smoothies through a straw — we’re pouring them into bowls piled high with toppings to eat with.” (Photo via Brit+Co)

Both ingredients have been on the rise for a couple of years, and combining them will set you on a healthier path. “Bone broth, the long-simmered kind, contains plenty of collagen, which may help fight inflammation and protect our aging joints. And turmeric contains high levels of curcumin, another anti-inflammatory,” says Carolyn Ketchum of AllDayIDreamAboutFood.com. “Studies have also shown that curcumin can kill cancer cells. You can take both curcumin and collagen as dietary supplements. But adding some turmeric to your soup and stew recipes might be a tastier idea!” Try a favorite like Paleo Thai Chicken Zoodle Soup using bone broth to start, then add a dash of turmeric to the recipe to give it some bright color and flavor. (Photo via All Day I Dream About Food)

You may not have heard of them before, but get ready! “The United Nations has launched a mega-campaign around their nutritional and environmental impact,” says Sarah Bruning, a freelance writer. The category includes dried peas, lentils, chickpeas and beans, and there’s a lot of versatility in their preparation. The modest chickpea is “extremely versatile,” says Bren Herrera, lifestyle and food writer, and shines in such appetizer classics like these Hummus Cucumber Cups. However, the rediscovery of aquafaba, the liquid from canned chickpeas, has taken it to new heights. “It can be whipped into delicious vegan meringue and used as a replacement for eggs in baking and cooking,” says Alejandra Ramos of AlwaysOrderDessert.com. “It’s kind of magical, and so much fun to play with. I’ve used it to make cookies, trifles, cake and more.” (Photo via Always Order Dessert)

Add in some seaweed

We love sushi, but this versatile superfood can do so much more. “Seaweed snacks and chips,” are trending, says Alejandra, “but also seaweed used in cooking.” Not only is it “incredibly nutrient-dense (good for us),” as Sarah points out, but “it’s also sustainable (good for the planet).” So if you’re indulging in some seaweed recipes at home, like Terimayo Japanese Hot Dogs, Alejandra says to also be prepared to “see seaweed popping up more on restaurant menus and as a salad bar topping in the coming year.” (Photo via Sweet Little Kitchen)

Fermented foods are a total hit

Amie Valpone, the blogger behind TheHealthyApple.com and author of Eating Clean, explains: “Fermented foods are becoming very popular — 80% of our immune system lives in our gut… We need more good bacteria than bad bacteria in our gut to have a healthy immune system.” Whether you’re already a kombucha addict or are looking to try some fermented food recipes, embrace the trend for a healthier gut ASAP. Try these Tortilla Chip-Crusted Tempeh Tacos with Avocado Cream. (Photo via Veggie and the Beast)

With plant-based meals growing in popularity, especially “steak-like vegetable dishes such as cauliflower steaks,” explains Marge Perry of ASweetandSavoryLife.com, the need for reducing food waste is also growing. We’re shifting to “a focus on using every bit of the food we grow and buy,” says Michelle, as well as “making use of kitchen waste — everything from carrot tops to egg shells to trimmings from meat and fish,” adds Marge. The easiest way to make the most of your food waste is by saving all of your vegetable leftovers, freezing them and eventually putting them all together for a good vegetable broth. Blue Apron, a popular meal kit delivery service, has full instructions on saving veggie scraps and using them for soup later on. (Photo via Blue Apron)
From Your Site Articles
Irina Gonzalez
Irina is a Freelance Editor at Brit + Co, focusing on travel, health, and parenting. She's also a Latinx writer and editor, focusing primarily on food, healthy living, relationships, travel, and cultural identity. When she's not writing her memoir about growing up Cuban and Russian, she's probably reading an audiobook or cuddling with the loves of her life: her partner Adam and their attention-loving kitties and pup. You can find more of her work on IrinaGonzalez.com.
Healthy Eating
The Conversation
More From Healthy Eating