Helena Bonham Carter May Be Joining ‘The Crown’ As Princess Margaret 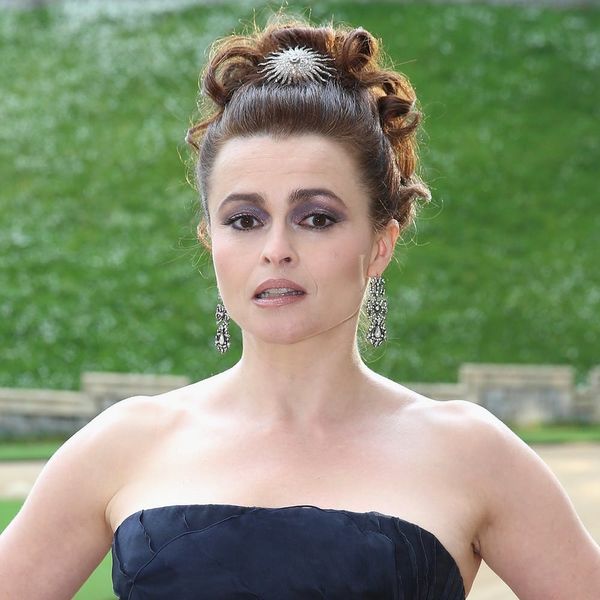 UPDATE: (January 13 3:55 ET): Actress Vanessa Kirby has confirmed that Helena Bonham Carter will replace her in her role on January 12, sharing an Instagram photo of herself with the actress while tagging @thecrownnetflix and writing, “Honored.”

The second season of The Crown brought shades of infidelity, power struggles, and plenty of royal drama, and we know from real life that there’s even more to come. As time passes on screen and the royals continue to age, new actors are being cast to replace the younger stars — and one of those new actors may be Helena Bonham Carter as Princess Margaret.

According to the Evening Standard, Bonham Carter is “all but confirmed” to take over as the queen’s sister (currently played by Vanessa Kirby) in upcoming seasons of the Netflix series. Previously, there were rumors that the Sweeney Todd actress might step into the role of the monarch herself, but the queen’s more rebellious sibling seems to be a much better fit for the former Oscar nominee, who is known for characters like Bellatrix Lestrange in the Harry Potter films. She would star alongside Olivia Colman, replacing Claire Foy as Elizabeth.

Though she obviously has the professional experience to take on the royal role, Bonham Carter also has an IRL connection to Princess Margaret. According to the Evening Standard, the actress’s house in Oxfordshire, Mill House, was once the home of the princess’ former lady-in-waiting, Jane Stevens.

While Carter’s reported casting has certainly excited fans, it looks like we’ll still have to wait a little while longer to find out if she has indeed landed the royal role.

We’re also still eager for any news around who might be taking over for Matt Smith as Prince Philip. Though there are surely plenty of actors who would love to score the plump part of the queen’s husband, it will take someone formidable to hold their own against Colman and Bonham Carter.

In any case, we have no doubt that the next group will be just as incredible as the current cast.

Would you like to see Helena Bonham Carter play Princess Margaret on The Crown? Let us know @BritandCo!

Desiree O
Desirée O is a ‘Professional Bohemian’ who loves anything and everything related to the arts, entertainment, and pop culture. She ADORES being a ‘Newsy’ for Brit + Co, covering all of the latest tidbits of awesomeness that you want to read about. When she’s not writing, she’s either making messy art, going on long adventurous walks with her camera, or poking around over at bohemianizm (http://www.bohemianizm.com/). You can find out about Desirée O and her work at http://DesireeO.com/ or follow her on Twitter @DesireeO.
Netflix
TV
Netflix Royal Family TV