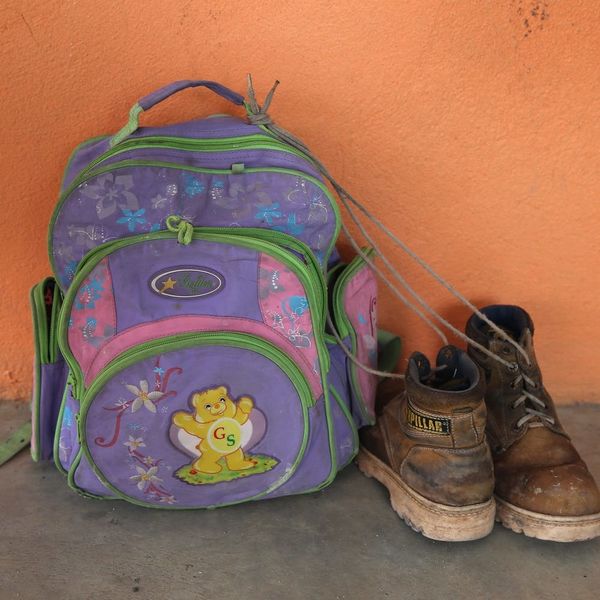 A group of more than 1,000 asylum-seekers from Central America has made its way to Matías Romero, Mexico, with some hoping to make it to the United States. The “caravan” of Central Americans, who are mostly from Honduras, is currently stopped in Mexico amid threats from president Trump. Trump has so far threatened to end US aid to Honduras and declared that the military would take control of the US-Mexico border in order to stop the Central Americans from entering the US.

As the group of Central Americans migrated northward in Mexico, conservative and far-right media outlets picked up on the story, and soon Trump was tweeting about the migrants. Here’s what you need to know about the Central Americans leaving home to seek asylum.

WHO IS IN THE CARAVAN?

NPR estimates that there were initially more than 1,000 people in the caravan that is currently halted in Mexico. The group is comprised of people from across Central America, but the majority are Honduran. Adam Isacson, the Director for Defense Oversight for the Washington Office on Latin America (WOLA), a research and advocacy group, tells Brit + Co that the caravan is about half families with kids, and half individual adults.

All of them are fleeing rampant gang violence. Because Central American asylum-seekers also face violence in Mexico, Isacson says, it’s safer for them to move in a large group. Further, the Associated Press reports that the group is also intending to raise awareness of the dangers facing Central Americans.

WHY ARE THEY leaving central America?

“People are fleeing gangs and generalized insecurity, the feeling that nobody’s going to protect you from gangs in your neighborhood,” Isacson says. “Gangs have a presence all over the country, so there’s not another city you can go to.”

He adds that gang violence also “overlaps with economic insecurity. It’s hard to run a business and make an income when you’re constantly being extorted by gangs.”

Honduras has been particularly unstable in recent months, following a presidential election in November whose outcome was likely rigged. Many of the Hondurans who protested the highly controversial election faced violent repression from police. Isacson says that while the Honduran asylum-seekers in the caravan are mostly not fleeing political persecution, the country has been more insecure in the wake of the election.

WHAT IS THE TRUMP ADMINISTRATION’S RESPONSE?

Trump has tweeted about the caravan numerous times this week, threatening Tuesday to cut US foreign aid to Honduras and repeating his call for the construction of a border wall — a signature promise of his presidential campaign.

On Tuesday, president Trump also told a group of leaders from Baltic countries: “We are going to be guarding our border with the military,” in response to the Central American migrants, the Associated Press reports.

On Wednesday, secretary of the Department of Homeland Security Kirstjen Nielsen announced that the president will be coordinating with governors to send members of the National Guard to the border.

WHAT is likely to happen with the caravan?

Isacson says that, now that the caravan is in Mexico, the Mexican government should offer asylum to the Central American migrants.

“The assumption here is that these people are fleeing for their lives, so Mexico should offer protection to those it can,” says Isacson. ” If some people feel they can’t be safe in Mexico, then they should be allowed to seek asylum in the United States.”

The Mexican government has already begun vetting members of the caravan, determining whether or not they will be allowed to stay in Mexico or will be deported, according to Reuters.

Elizabeth King
Elizabeth King is a politics, history, and culture writer based in the Twin Cities. She is generally pretty cranky but still enjoys traveling, music from the early 2000's, and plotting the resistance. Feel free to say hi on Twitter at @ekingc or check out some of her work at www.elizabethcking.com.
Immigration
Current Events
Immigration
More From Current Events