Hillary Clinton Now Has Her Own Emoji and They’re Hilarious 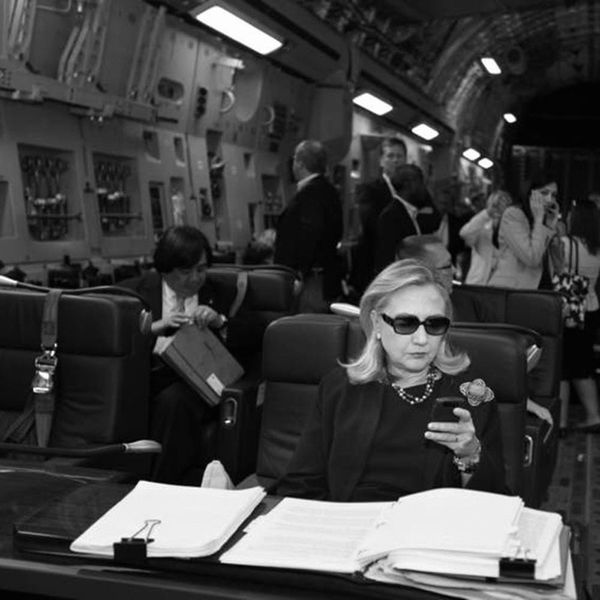 Last week gave us political donations via tweetsand commentary on the second GOP Debate. So what are we getting this week? A Hillary Clinton emoji keyboard, duh. Just an average seven day cycle in the 2016 election.

Text With Hill (Free on iOS + Android) is exactly what it sounds like, a way for you to easily text your friends, family, etc. (whether they are Clinton supporters or not) Hillary Clinton visuals. The keyboard is packed with more than 30 “Hillmoji,” stickers and GIFs with pantsuits, sunglasses, glass ceiling phrases and more. Feeling chill? There’s a Chillary emoji for that ;)

After you decide on downloading the keyboard app all you have to do is add it to your keyboard, click an icon that suites your texting mood and paste it into the message field on a variety of apps (examples include iMessage, WhatsApp, FB Messenger, email and more).

The app was created by Snaps, the company behind other keyboards with emoji featuring elements from Victoria’s Secret, Magic Mike XXL, RuPaul’s Drag Race, Broad City and more. So if you’re not a fan of the Democratic Presidential candidate, there’s bound to be another pop culture-influenced communication device for you from the company. Who knows, maybe you’ll wind up downloading ’em all.

Will you be downloading Hillmoji to text you all of your friends and family? Let us know in the comments.