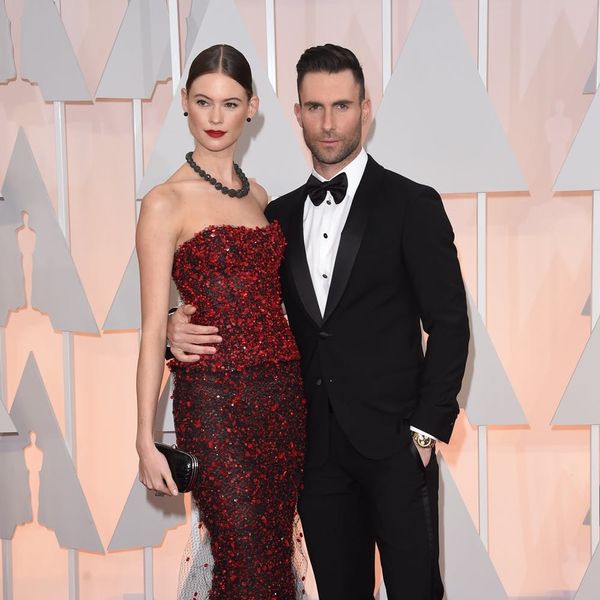 Could the singer and his supermodel wife have drawn inspiration from 1960s icon Dusty Springfield? It’s possible. Miss Springfield — born Mary Isobel Catherine Bernadette O’Brien — became known professionally by her childhood nickname. Her hits range from the sweet “Wishin’ and Hopin’” to the soulful “Son of a Preacher Man.”

Or maybe Adam and Behati were just following in the footsteps of so many celebrities who have embraced boy names for girls.

Only after Miss Springfield became a household name did we consider this name for our daughters. Dusty peaked as a girls’ name way back in 1976. Since then, Dusty has slipped toward obscurity. A mere 15 girls and four dozen boys were given the name last year.

But Little Miss Levine could change all of that. Dusty Rose is a pretty shade of pink, and color names from Olive to Scarlett to Blue have made their mark.

Could Dusty be next?

What do you think of Dusty Rose as a name? Tweet us @BritandCo!