16 Ways to Cure Your Holiday Hangover 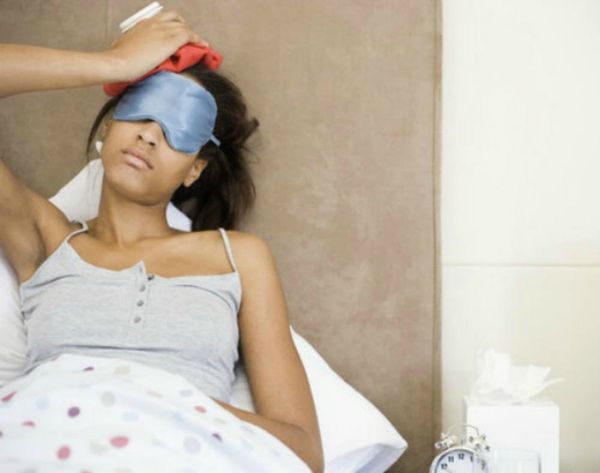 It’s THE hump day before the most leggings-friendly holiday of the year AND the biggest bar day of the year. We’re right there with you; bring on the libations, but 86 the hangover. Whether you’re planning on hitting the town hard tonight or chillaxin’ at home, you’ll want to make sure you wake up bright eyed and ready to enjoy the day-long feasting. (Especially if you’re hosting/in charge of the turkey this year.) There’s nothing worse than a hangover to kill the Tday vibe so we pulled together 14 ways to make sure that doesn’t happen.

1. Eat Before (and While) You Drink: Make sure you’re not drinking on an empty stomach. Tell the bartender to shake up your go-to cocktail and order up a plate of appetizers to nosh while you’re sippin’ on that drank.

2. Ficks Hangover Preventative Cocktail Fortifier ($12): Add this vitamin-packed elixir to your cocktail to make sure you wake up bright as a daisy the next day. With hangover-fighting ingredients like Vitamin B Complex, ginger root, dandelion extract, milk thistle and amino acids, you’ll be ready to feast without a problem.

3. Take a Charcoal Tablet: Activated charcoal is an ancient, trusted remedy known to soak up toxins because of its absorption properties. Take it before you head out to maximize its benefits. (via Harper’s Bazaar)

1. Set Down Your Glass: Now is not the time to break out Olivia Pope-sized wine glasses. (Those are reserved specifically for Scandal viewings, anyway.) To keep your wits about you, use a standard sized wine glass, leave your glass on the table (not in your hand) while you pour and fill it halfway, whether you decide to have three, four or more glasses. (via Refinery29)

2. Alternate Between Cocktails and Water: It’s not enough to replenish with H20 the morning after. Stay hydrated while you’re drinking by following up a cocktail with water. It’ll help curb overindulgence and keep you from feeling it the next day. (via Byrdie)

3. Stick With One: We all know the saying, “Beer before liquor makes you sicker; liquor before beer, you’re in the clear,” but did you know that mixing cocktails can cause more harm than good? Clear liquors (vodka, tequila) tend to have lower sugar contents than their darker counterparts (whiskey, rum), making them easier to process. Try to stay away from sugary mixers while you’re at it. The less sugar, the less your body will need to work overtime to metabolize all that alcohol. (via Byrdie)

AFTER THE AFTER PARTY

1. Hit Snooze: If you can, sleep in and give your body the rest it needs to metabolize last night’s happy hour. Besides, who’s turning down a couple more hours of Zzzs? (via POPSUGAR Fitness)

2. Stay Hydrated: Flush out the toxins with cucumber-infused water, which is refreshing, delicious and extra hydrating. We like to keep a pitcher of this stuff in the fridge, on hand at all times. (via Brit + Co)

3. Skip the Coffee: Caffeine narrows your blood vessels and boosts blood pressure, both of which can make your hangover worse. Try a warm cup of this detox tea, which has ginger to promote digestion, turmeric to cleanse your liver (which has been working overtime) and cinnamon and cayenne to reduce inflammation. (via Into the Gloss)

4. Take a Multivitamin: After a night of drinking, this 30-ingredient supplement replenishes nutrients and helps you process the toxins in alcohol. Over time, by taking this multivitamin everyday, you support your liver health, making future hangovers less brutal. (via Brit + Co)

5. Hair of the Dog: This is not your average Bloody Mary. Sure, it’s got your classics: tomato juice, celery salt, jalepeno brine, Tabasco, cayenne and vodka. The twist is the addition of beetroot juice, which is loaded with antioxidants and natural nitrates that improve blood flow in the brain, heart and muscles to help curb that throbbing headache. If you’re hardcore enough to have another drink the morning after, this one’s it. (via Supergolden Bakes)

6. Sip a Smoothie: A drink that detoxifies, rebuilds electolytes and restores your body’s normal pH levels? Blend up this Hangover Smoothie from Stanley’s Pharmacy, which is full of superfoods like coconut oil, Greek yogurt, chia seeds, banana, kale, blueberries, coconut water, honey and cinnamon to bring balance to your body. (via POPSUGAR Fitness)

7. Get Moving: We’re not saying run a mini-marathon (a sweat-fest can be counterintuitive), but being active and getting your heart rate up can release mood-boosting endorphins and stimulate your circulatory, digestive and lymphatic systems to get rid of the toxins built up in your muscles. Take a brisk 30 minute walk or work out some yoga poses; just make sure to lay off of inversion poses. (via POPSUGAR Fitness)

8. Whip up a Kombucha Mimosa: The enzymes and acids in this fermented brew will break down the toxins from the previous night’s shenanigans. Take the juice of one orange and half a lemon, a small handful of fresh mint, a teaspoon of spirulina powder and blend it with ice. Pour into two glasses, top each evenly with kombucha (which acts as the champs in this relieving elixir) and let the feasting begin. (via Nourish and Inspire Me)

10. Take a Bath: Wash away the icky-ness with a warm mustard soak ($32) once you’ve re-hydrated. Make sure to keep the water from boiling hot; getting in a tub that’s too hot can cause you to faint, and we don’t want that to happen. A mustard bath is an ancient remedy for detoxifying the body by stimulating the sweat glands and helping the body to purify itself.

Are you planning on going hard tonight? Have fun and remember to be drink and think responsibly!

Maureen Luyun
Maureen is a writer and brunch enthusiast laughing way too loudly in Texas. If she isn't voraciously turning the pages of the latest celebrity memoir, she's probably picking up a new skill to use for a DIY project. Shopping (online and off) is her cardio, and as an avid advocate for the handwritten note, she loves to send (and receive) snail mail. Like Kanye West once tweeted, sometimes she gets emotional over fonts.
Cocktails
The Conversation