This Is How Much Alcohol You Should Drink Per Week 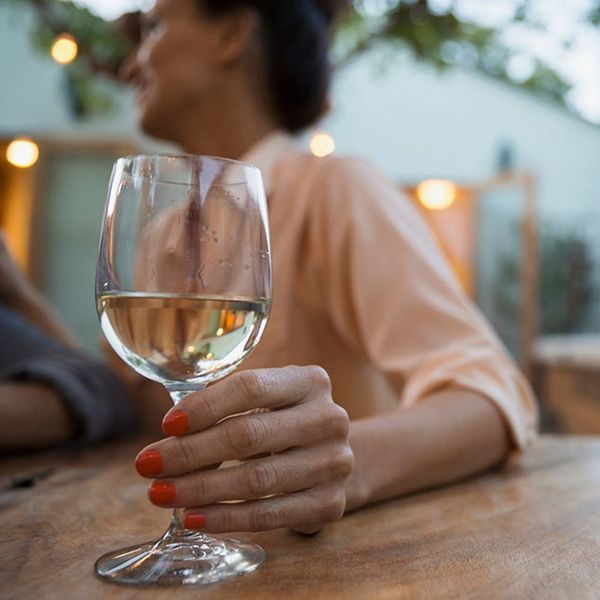 Drinking alcohol has been a huge part of society for thousands of years. Throughout that time, though, our relationship with booze has been a shaky and at times toxic one. According to the National Institute on Alcohol Abuse and Alcoholism (NIAAA), 15.1 million US adults have a problem with alcohol. Even more shocking, 62,000 men and 26,000 women die as a result of alcohol-related causes each year in the United States. But we don’t mean to paint a gloom-and-doom picture of booze — we love a good rosé cocktail or craft beer. Nonetheless, the millennial penchant for wine begs the question: How much alcohol per week is too much?

According to the Centers for Disease Control and Prevention (CDC), “moderate” drinking equates to one drink per day for women, totaling up to seven drinks per week. Guys have a little more wiggle room: Moderate drinking for men is two drinks per day, or 14 per week.

Many women who drink, though, may not find the concept of one drink per day to be realistic. We asked Sarah Suzuki, LCSW, CADC of Chicago Compass Counseling what she thinks of those official recommendations. She believes that the official recommendations are important for increasing life expectancy and avoiding the negative health effects of alcohol. However, she points out that if you can’t limit yourself to seven drinks per week, that doesn’t mean you shouldn’t make a change that’s right for you.

“The problem with this restrictive guideline is that a lot of women might think, ‘That’s not for me. I guess I’ll take the chance.’ It doesn’t offer flexibility for harm reduction,” Suzuki says. “There’s a big difference in health outcome if someone can reduce their drinking from 20 drinks per week to 12 drinks per week.”

Suzuki instead prefers the recommendations for low-risk drinking from the NIAAA. While these guidelines still cap consumption at seven drinks per week for women, they allow more room on a day-to-day basis — specifically, up to three drinks in a given day.

“It’s more approachable to say, ‘Okay, I won’t drink more than three drinks on any day and I can have up to seven drinks per week,’ which offers flexibility,” says Suzuki.

How Do You Know When You’re Drinking Too Much?

If you suspect you’re drinking too much, it may be time to dial it down a bit. Suzuki says that there are some recognizable signs that it’s time to start moderating your drinking habits:

If any of these sound like you, Suzuki recommends taking a hard look at exactly how much alcohol you’re consuming. To get a sense of that number, she suggests tracking your drinking habits over the course of one week.

Tips for Cutting Back

It goes without saying that for some people, abstaining from alcohol altogether is ideal. For instance, alcoholics who cannot control how much they drink should avoid booze altogether, says the CDC, as should people who have certain medical conditions or are taking medications that adversely interact with alcohol.

But for those who simply want to drink a little less, Suzuki says the next step after tracking your consumption is to evaluate how much you’re really benefiting from each additional glass of wine or beer.

“If you look at one day and say, ‘That was too high,’ then ask yourself, ‘How many drinks gave me a value-add?’ There’s a saying that the best bite of dessert is the first one — after that, it’s diminishing returns,” Suzuki says. “Most people experience diminishing returns after one or two drinks. Be gentle and self-compassionate throughout the process of cutting down. If you beat yourself up, you’re more likely to say, ‘This is impossible,’ and continue overdrinking.”

Do you set rules for yourself to moderate your drinking habits? Tell us at @BritandCo.

Maggie McCracken
Maggie McCracken is a freelance writer, blogger and aspiring digital nomad. She writes primarily about food, travel, yoga and healthy living, and she has a background in health and science journalism. You can read more of her work on her lifestyle and travel blog, The Olive Branch.
Drink
Health
Drink Healthy Living Womens Health
More From Health