11 Expert Tips to Help Put an End to Self-Judgments 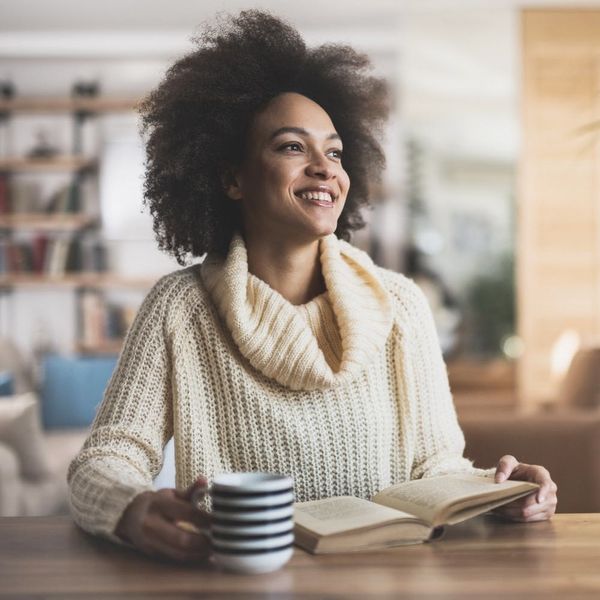 The only thing worse than feeling crummy is feeling crummy about feeling crummy. We’ve all been there — angry with an S.O. after a fight that started over something admittedly silly (those dishes in the sink are so annoying, though), then saddled with an extra layer of frustration because we hate feeling like a nag. Or feeling sad because a bestie has less time to hang after starting a new romantic relationship, and then mad at ourselves for being needy. These kinds of self-judgments force us to double down on feelings that are straight up bad to begin with.

If you’ve been the victim of your own judgments about your own emotions, you’re not imagining how terrible it feels. Clinical psychologist Michael Alcee explains that this is a real thing. “Censoring or judging ourselves for our feelings adds another heavier layer of emotions — usually guilt, shame, and anxiety — on top [of the existing feelings],” he says. “Picture how much heavier a pile of snow gets when it is weighted down with the slush of snowmelt. Put another way, it is like a heavier tangle and jumble of emotions that can make it even harder to get to know the original feelings themselves.”

With that in mind, we’ve looked to a group of experts for their advice on how to better cope with our own self-judgments so that we’re only feeling one bad thing at a time (baby steps). Keep scrolling for all their compassionate, loving advice — because that’s just the kind you need.

1. Get comfortable with your emotions. First thing’s first — you and your feelings don’t need to be sworn enemies. Before you can start to truly overcome that nasty second layer of self-judgment, you need to wrap your head around the inevitability of emotions. You’re only human. “Our emotions are a part of who we are,” leadership and executive coach Mark J. Reuter tells us. “Stop trying to judge, fight, or ignore them, and instead make friends with them… even the bad ones! Often, if we can just notice and accept our emotions, they can teach us about who we are and how to move forward in a positive way.”

2. Look at the situation as an outsider. If you find yourself in a constant state of self-judgment, we understand how the first tip might seem impossible to tackle. Life and wellness coach Megan Nicola suggests taking a broad view of what you’re feeling and trying to observe yourself from the third person. Ask yourself why you’re feeling the way you’re feeling. Taking this kind of investigative approach to your emotions might make it easier to reflect on your mental state without adding extra angst.

3. Practice mindfulness. Mindfulness is about more than just meditation (although we’re very pro-meditation). It can also be just the tool you need to have a healthier relationship with your own feelings. “Mindful living is awareness in the present moment without judgment, clinging to what the moment should be, or trying to change it,” says licensed clinical social worker and addictions specialist Lauren Moser Vilar. “This means that we begin to separate observations from judgments.” When you begin to feel an emotion, try to pinpoint what the emotion is immediately. You might not be able to change it, but you can learn to identify it and be less reactive.

4. Realize that your feelings exist for a reason. Cut yourself some slack! Your feelings exist because you actually need to feel something. “Eliciting feelings as a reaction to events is literally how the mind works, and it’s nothing to feel bad about!” author and natural lifestyle expert Jaya Jaya Myra says. “It means you are a human being that is functioning like a person should.” Working through negative feelings means you’ll be able to release them from your system so they don’t make you sick.

5. Be the friend you wish you had. Therapist Kristina Zufall says that she prompts her clients who are prone to judging their own emotions to ask themselves what they would say to a friend who was experiencing similar feelings. “When we give the kind words we would give to a friend to our own selves, we normalize having the emotional response!” Zufall tells us.

6. Take an inventory of the toxic people in your life. Being weighed down by toxic people isn’t super helpful under any circumstances, and if you find yourself consumed by an emotional inner critic, it may be time to take stock of whether or not the people around you are making it easier or more difficult for you to feel good about yourself and your feelings. Per integrative therapist Dr. Karin Luise, toxic people tend to perpetuate negative self-judgments and to give those pesky self-sabotaging narratives more life than they deserve. Maybe it’s time to kick those people to the curb!

7. Add a new thought to the mix. This one might sound simple — and is most definitely easier said than done — but don’t underestimate the power of simply distracting yourself from the negative emotions that are dragging you down with a new line of thinking. “When you find yourself getting upset with yourself for being human, simply disrupt the thought with a new [one], like ‘I’m just having a human moment’ or ‘I’m allowed to feel how I feel’ and move into compassion for yourself,” says life coach and meditation guru Brandyce Stephenson. “You can even layer on a positive affirmation and say, ‘Even though I had that negative thought, I am a good person and it’s okay.'”

8. Don’t let thoughts turn into action. Negative feelings take on additional power when you let them turn into action, so play damage control by doing your best to contain them. If, for example, you’re angry, licensed clinical social worker Katie Bogacki recommends that you “sit with the anger and then journal or meditate on it” instead of jumping into action mode with a nasty text message, which will only perpetuate the problem at hand and lead to additional self-judgment that you don’t need or deserve.

9. Drop the word “should” from your vocabulary. “Should” is a dirty, dirty word — especially when you start using it to set specific expectations about how you should be responding or reacting to situations and feelings. “If you find yourself saying that you should be something other than what you are, notice where you are emotionally and where you feel like you are supposed to be,” PleaseNotes founder and positive affirmations guru Cheryl Sutherland says. “By taking the time to acknowledge and respect the way you feel, you will be able to move through the upset with greater ease.”

10. Figure out how to channel your emotions differently. Stop that self-judgment in its tracks by finding a better, more productive way to manage those feelings as you start to experience them. Life coach Sue Hawkes recommends physical exercise, which is a great way to channel negative emotions into something that’s actually healthy for you.

11. Pay attention to the physical sensations that come with your emotions. The earlier on in the emotional process you can catch on to your negative feels, the easier it will be to redirect your thoughts or use any of the other aforementioned strategies to minimize your own judgment about them. Tune in with yourself by learning to identify rising emotions according to physical cues. “Pay attention to the physical sensations that accompany the emotion you’re feeling,” licensed psychotherapist Eliza Boquin says. “What’s happening in your body? Is your heart racing? Breath shallow? Just notice it.” Picking up on these patterns will help you check in with yourself more quickly in the future so you can more effectively stop judgments before they take over.

How do you get yourself to stop judging your own emotions? Tweet us @BritandCo.

Alli Hoff Kosik
Alli Hoff Kosik is a freelance writer who is passionate about reading, running, rainbow sprinkles, her lipstick collection, watching embarrassing reality TV, and drinking pink wine. She lives in Brooklyn with her husband and (in her dreams, at least) three golden retriever puppies. Listen to her talk books on The SSR Podcast.
Adulting
Health
Adulting Mental Health Self Self Care
More From Health