10 Tips for Being Your Own Best Advocate 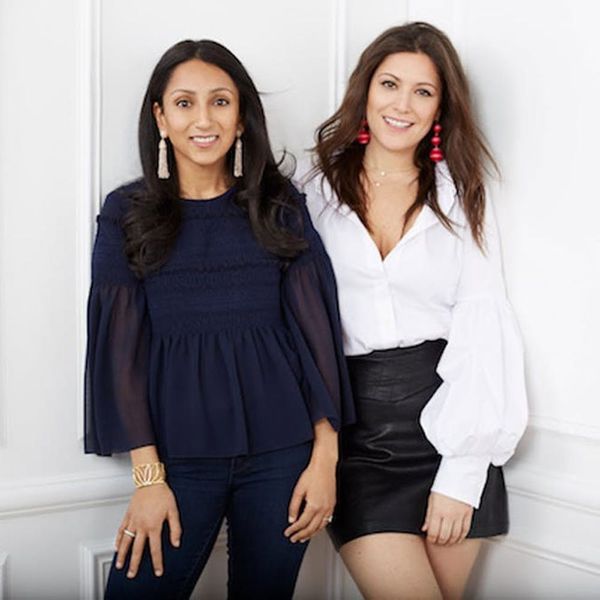 If you’re starting out in your career or just landed a new job, it can be challenging to advocate for yourself. Asking your manager for a promotion, nailing a job interview, or even getting your foot in the door for a dream job may seem like daunting tasks, but standing up for what you want and need is an important skill to learn no matter what career you want. In our How to Quit Your Day Job series, we ask female entrepreneurs and successful women how they started their own companies or landed their perfect profession. Here, 10 career superstars divulge how they developed their ability to advocate for themselves.

1. Act like you own the place.Jane West, CEO of Jane West, a cannabis company, says, “Just go in there and act like you own the place.” She shares, “When I first started in the industry, I told myself, ‘I am not a CEO.’ I honestly never thought of myself like that. But over time I watched all these other CEOs manage their businesses, and that inspired me. I realized if I was going to develop all of the products I wanted to bring into existence through my company, it would have to be my responsibility as CEO to work up the business relationships and figure out the designs and start selling the products. Now it seems obvious that my title should be CEO, but it’s all about finding your confidence.” (Photo via Jason Travis)

2. Play to win.Natalia Butler, a Ben & Jerry’s flavor guru, shares how she applied for her job at the popular ice cream company. “One day, I saw the job posting for Ben & Jerry’s. I originally had no intentions to move, as my career was growing, but I applied and said, ‘Hey, this is my dream job.’ I said to myself, ‘I might not get it, but if I don’t play, I won’t win.’ After a set of interviews, I got a call from the recruiter that, out of hundreds of applicants, I got it. I cried in the parking lot for about 30 minutes out of happiness. Taking the job at Ben & Jerry’s was the best decision I have ever made.” (Photo via Ben & Jerry’s)

3. Read inspiring stories. In 2016, Lisa Hunt was one of the 100 makers, artists, and entrepreneurs featured in In the Company of Women ($35), a curated collection of inspiring women by Grace Bonney, the founder of Design*Sponge. When Hunt launched her first collection of prints in 2015, she submitted them to Design*Sponge for coverage and was featured in the “What’s in Your Tool Box” column on the website, which put her on Bonney’s radar. Says Hunt of the book: “It’s the book I wish I had when I was a young girl in need of confirmation that women that looked like me were out there in the world living fearless and creative lives. That I can be a unique and imperfect individual and my creative voice will be valued and is needed in the world.” (Photo via Kelly Marshall)

4. Trust yourself.Grace Kraaijvanger, creator of The Hivery, a co-working space for women, says, “Your life is a creative process. There is no finish line and no defined outcome. You’re the one who feels like she’s standing on the edge of the cliff with nerves in your stomach and wings on your back. You’re the one who noticed that fear and exhilaration live in the same place in your belly. It’s you who knows that you have to keep going. It’s you who knows that you love getting advice, but ultimately you already know.” (Photo via Ana Kamin)

5. Challenge the status quo. Before BFFs Amy Jain and Daniella Yacobovsky started BaubleBar, they had no background in fashion or jewelry, but they didn’t let that stop them. They were passionate about accessories and saw a void when their shopping needs weren’t met. “Don’t be afraid to challenge the status quo, as every great company starts out as a crazy idea! Deciding we were going to do it ourselves and start BaubleBar meant getting over our fear of the unknown and going for it,” says Yacobovsky. (Photo via BaubleBar)

6. Don’t worry about everyone liking you. From the start, Cora Harrington, founder of The Lingerie Addict, was clear about what she wanted her blog to be, but not everyone else was on board. Initially, a lot of lingerie brands didn’t want to talk with The Lingerie Addict because it didn’t have the right look, so Cora focused on her readers instead. “What a shame it would have been to stop in those early days because other people disliked my blog. Be nice, but don’t worry too much about everyone liking you,” says Harrington, who has grown her site into a six-figure blog and penned a book called In Intimate Detail ($25). (Photo via The Lingerie Addict)

7. Listen to your tribe. Even though activist Alexis Jones, founder of ProtectHer — a program that addresses domestic violence and sexual assault on college campuses — is hugely accomplished, she faces self-doubt like anyone else. “It’s hard as hell to have a vision and bring it to fruition,” admits Jones. “Without a support system and powerful tribe to remind you that you’re capable of doing extraordinary things, it’s easy to listen to the lies that exist within yourself.” To combat her fear and self-doubt, she relies on the knowledge that her friends and family will make sure she doesn’t give up. (Photo via ProtectHer)

8. Be unapologetically yourself. Molly Hayward, founder of Cora, a brand of feminine products, says she spent much of her 20s trying to be what others envisioned as a business professional. “I wanted to fit in with the crowd that looked and sounded like the person I thought I should be,” she reflects. “It took a lot of time, introspection, and formative experiences for me to realize that I could build a successful company on my own terms, as my free-spirited and wild self, if I was willing to be brave enough to do things my way, own the things I cared about, and not apologize for any of it. In fact, when you’re unapologetically yourself is when people actually start to respect you.” (Photo via Cora)

9. Work for yourself.Shauna Gartz, who started her own event planning company Shauna Loves Planning, is the mom to three boys and loves that she creates her own work schedule. “I can’t tell you how many times I thought about creating my own wedding and event planning company before I finally did it. I was pretty sure I could do it, but for years, doubt always found a way to creep in. The safety net of an employer was too alluring. Until one day, I decided that I don’t want to look back on my life with regrets. I would much rather have tried and failed than never even tried. Not only am I doing what I love and working for myself, but I also get to control how much I work and when I work,” says Gartz. (Photo via Anne Liles Photography)

10. Pursue what you love. Out of college, Candace Nelson, founder of Sprinkles, worked as a financial analyst at an investment bank and then in business development at an internet company. “When the bottom dropped out of that world in 2000, I, along with so many, was out of a job. I decided to go back to school to pursue something I really loved, so I enrolled in pastry school and upon graduation, started a custom cake business out of my house,” she says. “At the time, cupcakes were still kid’s lunch box fare with shortening-laden frosting and garishly colored, waxy sprinkles. The cupcake was in desperate need of reinvention, and that’s when I became obsessed with the idea of a cupcakes-only bakery, and Sprinkles was born.” (Photo via Dane Deaner)

What are your best tips for standing up for yourself in the workplace? Let us know @BritandCo!