How and When to Talk to Your Manager About a Promotion 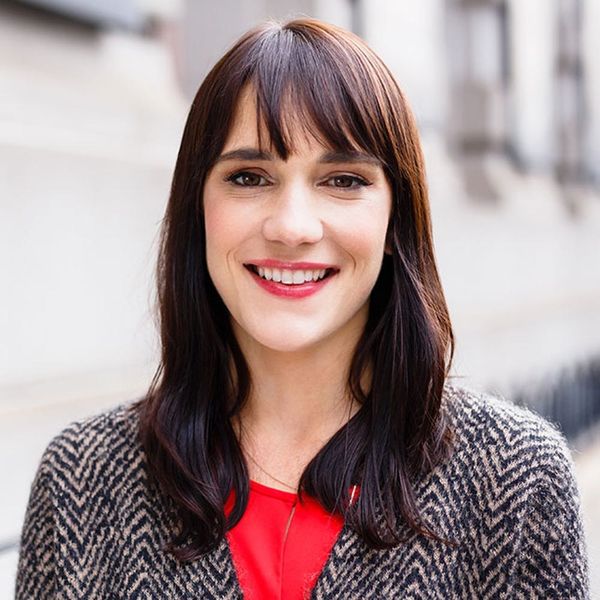 Amanda Kludt had been working at Eater, a network of food and dining sites, for just six years when, at the age of 30, she became the editor-in-chief. If this rise sounds fast to you that’s because it is — and Kludt credits her early boss status, at least in part, to the startup nature of the company.

“When I started at Eater, it was really small and we were fortunate enough to be able to make it, and that doesn’t happen with every startup,” she tells us. “I was one of maybe a dozen people. That was part of my trajectory — being able to rise with the company.”

While having the opportunity to grow with a company was certainly an advantage in Kludt’s journey, it doesn’t explain everything. The young journalist joined the Eater staff in 2008, largely because she was a fan of the site.

“[The writers] were effectively writing about restaurant openings and closings, but there was a voice to it,” Kludt says of Eater’s appeal. “It wasn’t dry at all. It wasn’t like reading the food section of a major newspaper. It had a personality, like your friend telling you what’s going on.”

She spent the early years of her time at Eater churning out content, working constantly to meet a quota that demanded she write 12 posts daily. Kludt recalls those days as “kind of a grind, but really fun.” Like all things that feel like a grind — no matter how fun! — the job couldn’t last forever. She began experiencing burnout, which is when she decided to take control of her own professional fate.

“I pitched to my boss a new role that didn’t exist, which was editorial director, overseeing a bunch of sites, because at that moment, we’d grown,” Kludt says. “He wasn’t really ready to create that position for me, so I thought maybe I should leave and get another job.”

While a competing job offer was ultimately the key to her boss granting her the promotion she’d asked for, Kludt’s primary goal was to transition into a professional role that would be more challenging and stimulating for her — not to convince the Eater team to change their mind and give her a new position. When her boss found a way to create the new position for Kludt so she wouldn’t leave the company, it paved the way for her to continue into successive leadership roles at Eater. Still, Kludt knows this isn’t always the answer.

“That’s not going to work out every time for every person,” Kludt says of her rise to the top of the Eater ladder. “That being said, I think it is really important to let your boss know what you’re feeling and what your objectives are.”

Her Advice If You Want to Get Promoted

If you’re antsy about your own career trajectory and anxious to discuss a promotion with your supervisor — and soon — Kludt recommends that you start the conversation ASAP. Reach out to your boss with your specific professional goals, explain where you see yourself in five or 10 years within the company, and then share your thoughts on how you might be able to get there. Consider how your particular skill set might fill a gap that currently exists on the team. As Eater’s editor-in-chief, Kludt now gets to be on the receiving end of these proposals.

“I’m not always going to be able to say yes, but sometimes I can,” she says. “At the very least, having that knowledge will help me think about that person’s career differently.”

Another key element to any pitch like this, Kludt says, is a healthy dose of realism. Your idea could be a great one, but if your company has temporary hiring constraints or very limited budgets, it doesn’t really matter how great your idea is — at least not for the moment! Putting your proposal out there is a great place to start, but you might need to be prepared to follow up later and not take it personally if it doesn’t immediately work out. You might also want to consider when it would be the right time to look elsewhere for the kind of growth you’re seeking. While loyalty is admirable, you may need to consider other options if the swift promotion schedule you dream of isn’t realistic for your current employer.

“We just can’t have everybody all the time getting promoted and moving on to a new thing,” Kludt says. “Sometimes, they can leave and it’s a good thing, or sometimes, we do find ways to promote them. I think it’s all about being really open-minded about what all the possibilities are.”

Kludt’s personal open-mindedness has led her to a role overseeing 23 city sites and managing 80 employees — not to mention Eater’s latest project, a six-part series for PBS called No Passport Required. The series, which airs on Tuesdays, premiered July 10 and highlights immigrant culinary traditions.

Do you have any tips about how to best pursue growth on the job? Tweet us @BritandCo!

Alli Hoff Kosik
Alli Hoff Kosik is a freelance writer who is passionate about reading, running, rainbow sprinkles, her lipstick collection, watching embarrassing reality TV, and drinking pink wine. She lives in Brooklyn with her husband and (in her dreams, at least) three golden retriever puppies. Listen to her talk books on The SSR Podcast.
Career
Work
Career Career Advice Work
More From Work