This Interactive Chart Helps You Find the Fastest Flights 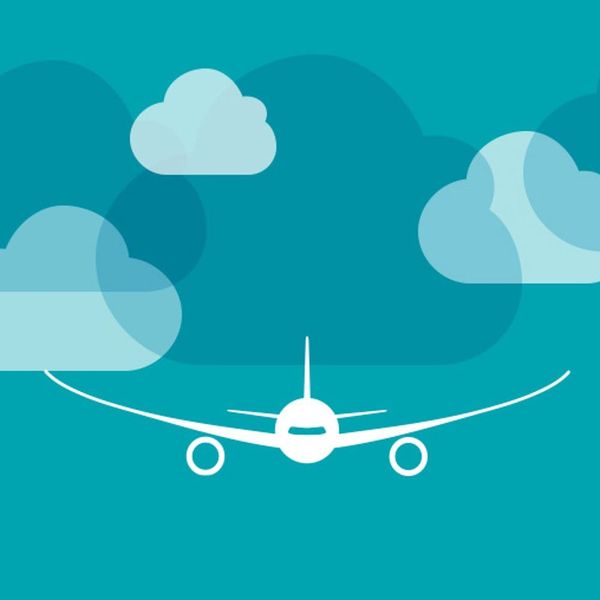 We don’t know if you’ve noticed, but the arrival times stated on your boarding pass aren’t the most accurate estimations out there. That’s because airlines all have different ways of figuring out their landing time. For example, Frontier estimates six minutes less and United adds two minutes more. So how the heck are you ever supposed to figure out your real arrive time? The good folks over at FiveThirtyEight waded through a staggering amount of data and did some number crunching to figure it all out. We’re not talking just a calculation of average flight length. Their system accounts for the airport delays, distance traveled and even how much of your flight time you can attribute to the air in the upper levels of the atmosphere. Yes, even the air is a factor.

“We don’t look at airlines’ scheduled flight times at all. Instead, we compare them against the distances they fly and adjust for the airports they fly into and out of.” So, they’re not measuring what the airline says the flight time will be. They’re measuring miles flown and the direction of travel. Eastbound flights are a bit faster because the jet stream travels west to east. Another fun little fact: Takeoff times are approximately 14 minutes later than the target time, which is still considered on time. The flight has to be 15 minutes late before it’s considered late by government standards.

The biggest airport-delay offenders are, not so surprisingly, Newark Liberty International, followed by LaGuardia, JFK, Chicago O’Hare and Philadelphia International. Airports with the shortest delays are Honolulu, followed by Portland, San Diego, Salt Lake City and Miami International. While the West Coast generally boasts better times, San Francisco did make it in the top 10 worst. So, West Coast airports aren’t entirely out of the woods.

To find your future arrival time, go to FiveThirtyEight‘s website, type in or scroll over your city to see all flight departures. Then, click your destination and see the real arrival times. While you can’t actually book your flight on the site, you will get all the information you need (the Cliff Notes version). Buying flights based on flight times isn’t something we usually do. Because, let’s face it: Those tickets are spendy and our pockets aren’t that deep. So when a majorly discounted ticket on a redeye with two layovers pops onto our screens, we’re probably going to spring for it. But getting a more realistic view of just what your arrival time actually is does come in handy. We mean, your parents can only circle the airports so many times before they ned to fill up the tank of gas again.

Now that you know the ins and outs of just how elaborate these fight calculations are, do you think you’ll be using this database when considering your next flight?

Adrienne Leonard
Adrienne’s favorite things are making popsicles, picking flowers and spending time anywhere with a shoreline. When she’s not outdoors with her dogs, Russell and Charlie, you can find her working on her domestic skills at The Free Spirited.
Home News