Despite the Body-Positivity Movement, Here’s Why Women Still Don’t Feel “Positive” About Their Bodies 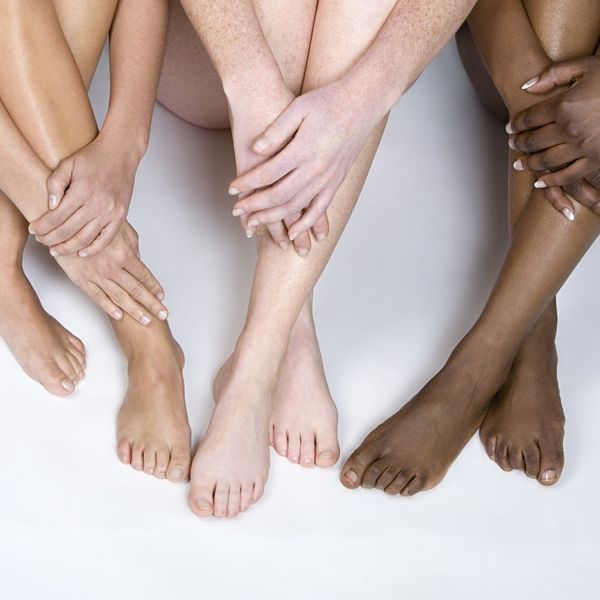 Can you believe it’s been 12 years since Dove launched their epic “Real Beauty” campaign? Since then, celebrities, healthy models, wellness-focused influencers, and hashtags that celebrate diversity have helped create a body positivity movement that’s changed the way women see themselves. According to Women’s Health Magazine’s 2017 Naked Survey, which profiled more than 2,700 women in the US, 62 percent of females feel accepting of their shape. Despite that good news (go, girls!), we still have a long way to go when it comes to complete confidence — and loving yourself naked is important.

A surprising number of women feel annoyed (18 percent), pressured (14 percent), or worse (4 percent) about their bodies with the influx of body positive stories and social media posts being shared. And even though 62 percent of women surveyed were accepting of their bodies, only 15 percent felt positive about them (“I love the way my body looks”). Though Women’s Health Magazine theorizes that these stats might capture some of the “backlash to the idea of being expected to love your bod nonstop,” it might also come from the kinds of bodies that have garnered the most celebration. According to the naked survey, the majority of women (68 percent) say that “in-between” size bodies, such as sizes 8-12, deserve more of the spotlight. A desire to see even more variety in female figures is as follows:

To say women are critical of their physical selves is an understatement: 65 percent of women think they look better dressed. When baring it all, only five percent feel totally awesome while rocking their birthday suit — 73 percent of respondents say they’d feel more confident while naked if they were more toned, while nearly half of respondents say it would take losing weight. Even more, despite the mantra that “every body is a bikini body,” four percent fewer women feel comfortable in a bikini than they did four years ago. It might sound backwards with the body positivity progress that’s been made, but Elizabeth Daniels, PhD and assistant professor at the University of Colorado in Colorado Springs, explains that it takes a long time to undo an old message. “Seeing more body diversity in bikinis is just a drop in the bucket compared to the decades of the notion that only a specific body type can wear a bikini,” she told Women’s Health. How true.

Gals who live in other countries around the globe might see it differently. An incredible 84 percent of women in Latin America say they think they’re beautiful, and more than 75 percent of women in Greece, Turkey, Brazil, the Netherlands, Russia, and Germany note the same. Though American women certainly have a lower sense of satisfaction with ourselves, at 68 percent, the fact that two-thirds of the United States’ female population feels good in their own skin is a super encouraging stat. As Women’s Health also points out, the fact that women say improved confidence comes with being more toned, rather than simply slim, is another important shift in the right direction. Here’s to being strong, and appreciating ourselves inside and out!